Veneto is a region in north-eastern Italy between the Dolomites and the Adriatic Sea. The characteristics of the territory, combined with a huge cultural heritage and millenary history, make Veneto one of the most popular tourist destinations in Italy. 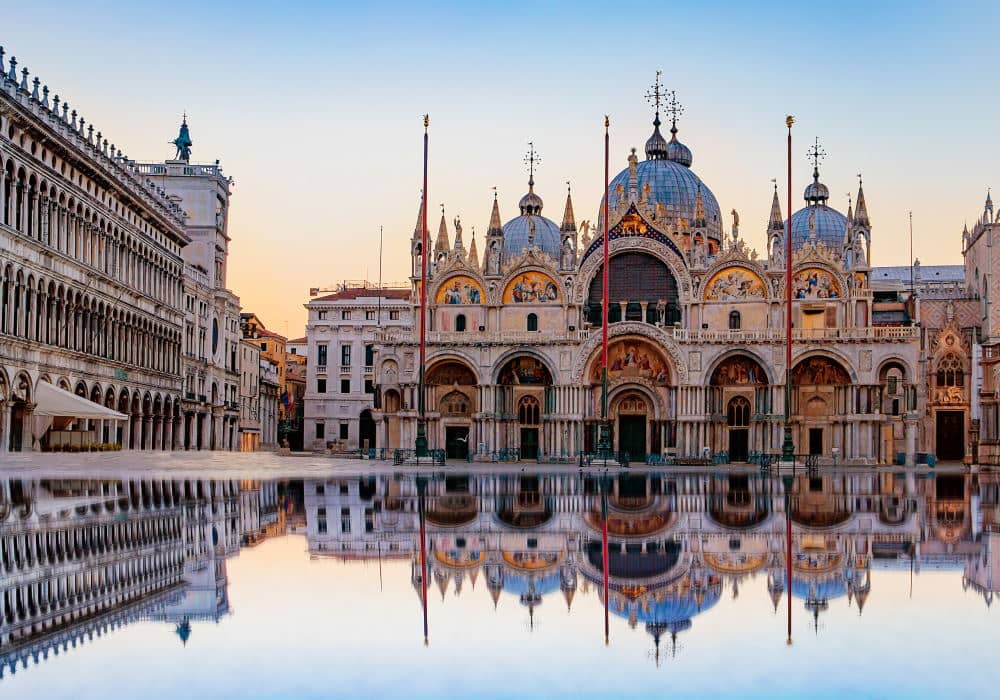 Inhabited since ancient times, the region was occupied by the Romans starting from the 2nd century BC. and its historical events are common to those of the other regions of northern Italy: barbarian invasions, settlements of Germanic and Frankish peoples. After an ephemeral expansion of the Scaligeri of Verona, at the end of the Middle Ages, it was the republic of Venice that unified the region which, from that moment, followed the history of the Serenissima. With the Republic suppressed, in 1797 Veneto became an Austrian possession and, in 1805, it passed to the Kingdom of Italy. The Restoration incorporated it into the Lombard-Venetian Kingdom and after the Third War of Independence it was annexed to the Kingdom of Italy (1866).

Veneto is a region of natural beauty, from the chain of the Eastern Dolomites, a Unesco heritage site, to Lake Garda, the largest lake in Italy, to the Asiago plateau, an enchanting location where jams and dairy products exported in Worldwide. In the eastern Dolomites is the Marmolada, the highest peak in Veneto (3,343 meters). In the Carnic Alps, there are the evocative Tre Cime di Lavaredo. To the south of the Dolomites stretches the belt of the Venetian Pre-Alps, which presents arid massifs and wooded plateaus, ie that of Asiago. The plain between the Adige and the Po is called Polesine. The Venetian plain is crossed by the rivers Po, Adige, Brenta, Piave, Livenza and Tagliamento, and interrupted by hills such as the Euganean Hills and the Berici Hills. Between the Po Delta and the Tagliamento mouth, the coasts of the Adriatic are characterized by and lagoons including the most famous: the Venice Lagoon.

The climate of Veneto varies according to the distance from the sea and the altitude: it is continental, with cold and long winters and short, hot summers in the plains; alpine, with cool summers and harsh winters, in the far north; mild along the Adriatic coast and along the coasts of Lake Garda.

The Venetian cuisine is extremely varied. Throughout the region dishes based on rice, vegetables and above all polenta, the true basis for many preparations, are more common. Polenta is, for example, served with the excellent beans from Lamon del Bellunese and with creamed cod, a specialty of Venice. The bigoli (local pasta shape) with duck or anchovies and the famous gnocchi of the Verona Carnival are excellent. The sea, the lagoons, the Garda and some rivers provide the fish that makes up typical dishes of the region such as fish risotto with scallops, scampi and cuttlefish. A classic Venetian recipe, from Treviso to be exact, is sopa cauda, a sort of pigeon pie served with hot broth.

As local products, there are many types of cheese (eg Casatella Trevigiana, Montasio, Provolone Valpadana and Taleggio) and then there are the cold cuts Prosciutto Veneto Berico Euganeo DOP, Sopressa Vicentina DOP and Zampone. Then it is also the region of five different varieties of Radicchio and the white asparagus. Veneto has many Doc and Docg wines, of which Soave, Valpolicella, Bardolino, Recioto and the sparkling Prosecco are world famous.

Veneto is worth a journey for its natural beauties and important art cities. Here are ten places that we recommend visiting.

1.Venice: together with its lagoon an Unesco’s World Heritage Site, it’s an incredible city because of its huge artistic and historic treasures. Venice and its symbolic places are renown all over the world: St Mark’s Square with its Campanile, the St Mark’s Basilica and the Doge’s Palace, the Rialto Bridge, its palaces and its churches, its canals and its streets (the “calli”), as well as its Carnival and its Historical Regatta, the Venetian glass and the Burano laces.

2. The Palladian Villas: built around the mid-16th century, scattered in the province of Vicenza, Padua, Treviso, and Rovigo, they are a key part of Palladio’s legacy

3. Dolomiti Bellunesi: among the most beautiful mountains in the world, they include some of The Dolomites’ major groups, like the Three Peaks of Lavaredo, Marmolada, Monte Civetta.

4. The Prosecco hills: in the hills embroidered with vines between Conegliano and Valdobbiadene an internationally renowned white wine is produced.

5. Verona: the city of love and lyrical opera is an elegant city full of attractions.

6. The Po River Delta: it is a large protected area of wetlands between the flow of Po di Goro and the Adige river inhabited by more than 300 species of birds, a popular destination for birdwatching.

7. Lake Garda: along the eastern shore of the lake there are picturesque villages, but also thermal resorts, trekking opportunities and amusement parks.

9. Padua: a refined city worth a visit even only for admiring the Giotto’s masterpieces in the Scrovegni Chapel.

10. Bassano del Grappa: located at the foot of Monte Grappa, it’s famous for its covered wooden bridge designed by Palladio and its historic center.

Our Tours in Veneto

From the Dolomites to Venice

This cycling tour takes you from the Dolomites to Venice, from the mountains to the sea, passing famous Italian towns with as highlight Venice.

From the Dolomites to Venice for road bike

From the northeast of the Dolomites, you cycle to Venice. It is a tour ideal for road bikers because you cross famous Italian mountain passes.

Mantua and the Mincio Park

Mantua and Mincio park are rich in extraordinary natural and architectural beauties… and not only, because it is also an area of many food specialties