Croatia is a relatively new tourist destination, very popular and appreciated, first as a seaside destination and later increasingly popular also for the natural beauties of the hinterland and for the historical-artistic heritage. Geographically, Croatia borders on the north with Slovenia, on the north-east with Hungary, on the east with Serbia, on the south with Bosnia and Herzegovina and Montenegro, while to the west it faces, with its numerous and beautiful islands, on the Adriatic Sea. The capital is Zagreb and other important towns are Split, Osijek and Rijeka. 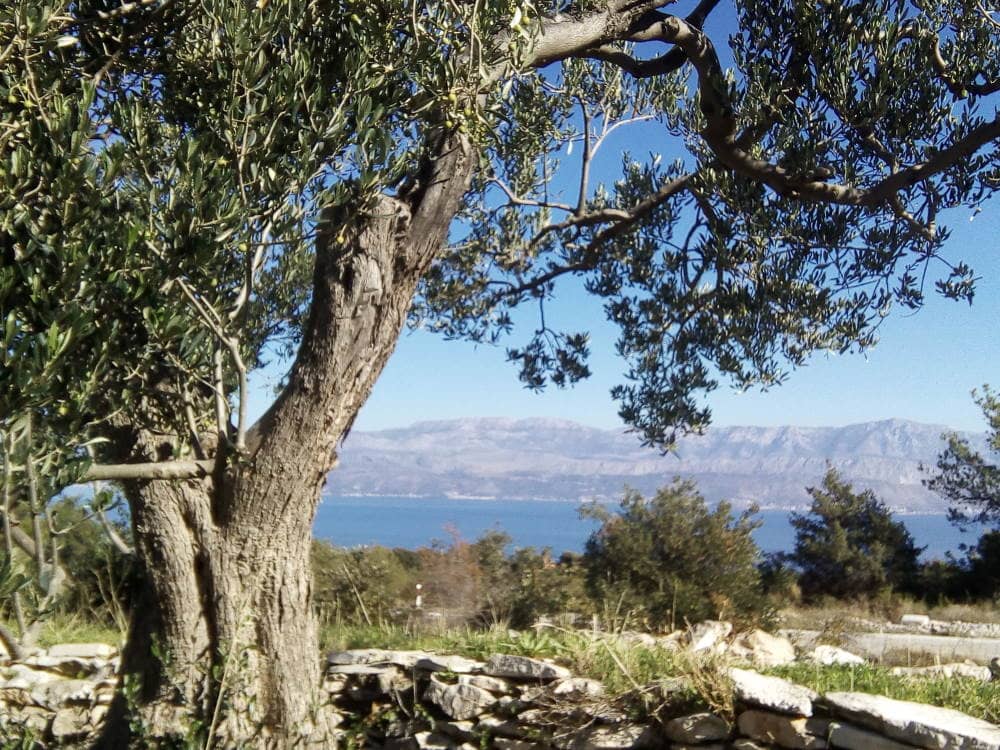 The history of Croatia is very ancient: the remains of the Illyrian tribes – Liburni, Iapodi and Dalmati – from Istria, to Dalmatia and Herzegovina, date back to the Iron Age. In the 4th century BC also the Celts left traces of their passage on the territory. The presence of the ancient Greeks is instead identifiable on the islands of Vis-Lissa (Issa) and Hvar-Lesina (Pharos), in today’s city of Trogir-Traù (Tragurion) and elsewhere.

Two centuries later arrived the Romans and founded the provinces of Dalmatia and Pannonia and annexed Istria to the Italic region Venetia et Histria. In Roman times, trade and traffic developed rapidly, roads and ports were built and numerous cities such as Pula, Parentium (Porec), Jadera (Zara), Scardona and Narona were built on the mouth of the Neretva river. In the continental area of today’s Croatia, Siscia (Sisak), Cibalae (Vinkovci), Sirmium (Mitrovica), Mursa (Osijek) and numerous other cities arose.

After the fall of the Western Roman Empire in 476, a mass population of the Roman provinces by new inhabitants begins: the Croats, a tribe of Slavic warriors, allied with the Avars, mainly arrive in the territory of today’s Croatia. The Croats mingled completely with the natives, accepting the Christian faith and founded their own state that will last nearly five hundred years. This is the period of the rule of the Croatian princes and kings, strongly marked by wars with the Franks, the Venetians, the Arabs, the Hungarians, the Bulgarians and the Byzantines.

The first known Croatian ruler was Prince Branimir, at the end of the 9th century, while the first Croatian King Tomislav, crowned in 925, reigned until 928. The period of glory of the Croatian kings ended in 1102, with the advent of the Hungarian ruler Koloman, who proclaimed himself King of Croatia and Hungary. The Croatian-Hungarian Kingdom lasted until 1526. When the Ottoman Turks began to conquer Europe, Croatia found itself on the border with the Turkish Empire, and in the 16th century, it became a cradle of Christianity in Europe. In the 18th century, the Ottoman Empire was forever rejected by Hungary and Croatia, while the Habsburg Monarchy, known as the Austrian Empire, regained control.

However, the Croats continued to struggle for their independence. Dalmatia, on the other hand, during Venetian rule, remained under Italian influence. With the fall of the Serenissima, towards the end of the 18th century, the coastal area and Dalmatia were subjected to the Vienna court. The 19th century is the period known as the Croatian Popular Risorgimento: in this period there was the reintroduction of Croatian as an official language and the Croatian culture and literature became particularly appreciated. Until the end of the First World War (1918), Croatia was part of Austria-Hungary. With the fall of the Monarchy, Croatia became part of the Kingdom of the Serbs, Croats and Slovenes which in 1929 was renamed the Kingdom of Yugoslavia. After the Second World War, Croatia was one of the six republics that made up Yugoslavia; with the capitulation of the latter, at the beginning of the nineties, Croatia became an independent state.

The Croatian territory has many different features. Croatia has an elongated shape and boasts also numerous islands along the coast; the eastern part is mostly flat and hilly, while towards the coast the environment is more mountainous, with the Dinaric Alps that cross the whole nation from north-west to south-east; the highest peak, Dinara (1,831 m), is located 50 km north of Split, near the border with Bosnia and Herzegovina. Numerous rivers, starting from the Danube (2,858 km, of which only 188 in Croatia) and its tributaries Drava and Sava; for most of their course, all these rivers mark the border with Hungary (Drava), Slovenia (Kupa), Serbia (Danube), Bosnia and Herzegovina (Sava). There are no lakes with a large surface area. The number of islands is very high, Cres (Cres) and Veglia (Krk), both with an area of 405.78 Km²; there are six other major islands, in the order Brač (Brac), Lesina (Hvar), Pag (Pag), Curzola (Korcula), Long Island (Dugi otok) and Mljet.

The climate is Mediterranean along the coast, continental in the innermost part; rainfall is more abundant and frequent during autumn and winter on the coast, summer is warm and sunny. In the hinterland, winters are quite severe, while on the Adriatic belt they are mild, especially in the south.

Typical Croatian products vary greatly from one region to another: from the spicy sausages of Slavonia to the seafood of Dalmatia, there are in short considerable differences. Croatia is a small country with a very rich culinary tradition: its geographical position and historic events have influenced cuisine and Croats are proud of this heritage. We have Crnirižot, risotto with squid ink and then Sarma, rolls stuffed with cabbage. Then Čobanac: shepherds’ stew, consisting of various types of meat cooked in a cauldron and stewed in a thick vegetable sauce. Another tasty dish is the Punjene paprike, peppers stuffed with minced meat, rice and spices, then cooked with tomato sauce. To the north we find the Kotlovina: this dish is prepared by frying various types of meat and vegetables and then proceeding to a second cooking over low heat. Then we have Fuži, Croatian pasta, made up of thin pieces of pasta in the shape of a tube. Prepared from simple ingredients such as flour, eggs, salt and water, it can be consumed with numerous sauces and gravies. Among the desserts we find the Paprenjaci, a traditional biscuit made with honey, black pepper, sugar syrup, butter, eggs and local spices and finally the Fritule which is the most famous dessert: with a rounded shape and prepared with flour, raisins, local grappa and lemon zest, it is the ideal dessert to end a lunch or dinner in perfect Croatian style.

Most visitors choose Croatia to spend a few weeks on the beach in peace and relax. In fact, there are countless picturesque places along the coast; the crystalline sea, the limpid waters, the numerous islands, are peculiar characteristics of Croatia. However, Croatia is also perfect for a trip on foot, by bike or for a food and wine trip. For example, a few people know that in the center of Istria there is a wine route along which even connoisseurs fantasize. Croatia is also perfect for lovers of Baroque architecture: think of the town of Varazdin with a perfectly preserved historic center, which is even compared to Vienna. Among the cities, Dubrovnik is very special: the entire historic city with its monuments is a UNESCO World Heritage Site. It is the town used as a site for the famous Game of Thrones. A walk through this wonderful city is as unforgettable as a visit to the medieval city of Trogir, whose center is also a UNESCO World Heritage Site. Those who prefer natural beauties have the opportunity to visit the numerous National Parks of Croatia, for example Paklenica with the most evocative climbs in Europe. Then there are the cavities of the Karst territory. Fans of Winnetou and Old Shatterhand cannot absolutely miss the so-called Winnetou-Country of Plitvice Lakes. Plitvice Lakes boast a romantic and wild landscape at the same time, with its canyons, lakes, gorges, limestone cavities and grasslands: it is a wonderful place that has also been a natural set of famous films.

Finally, for those who love the history of Rome, we recommend a visit to the well-preserved ruins of the Diocletian palace of Split. 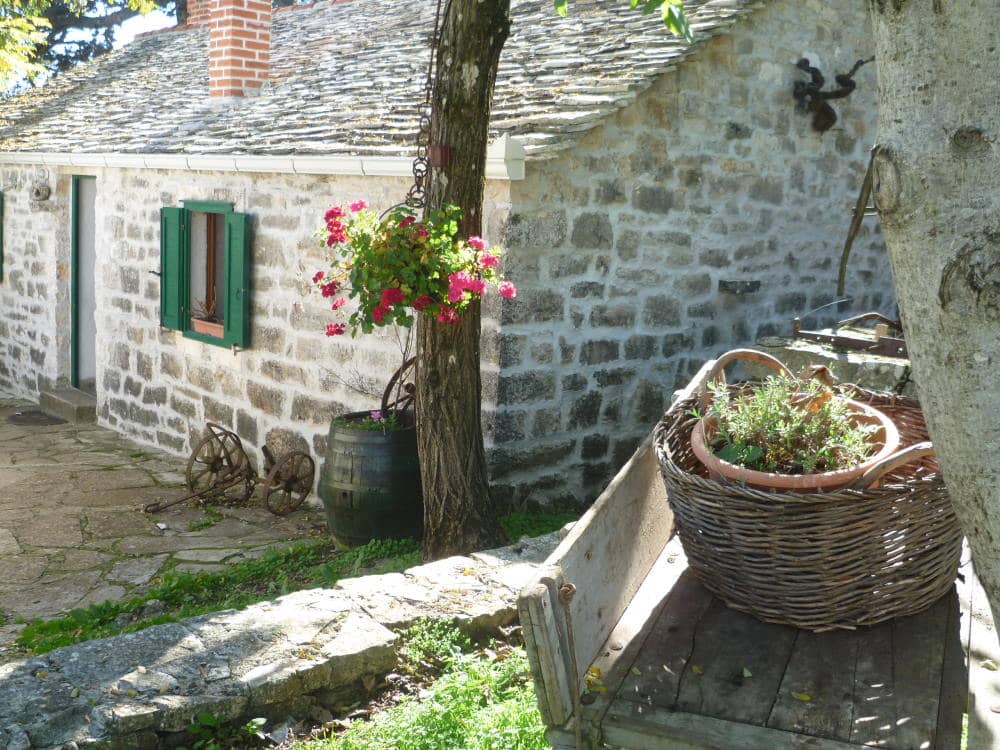 Our Tours in Croatia