Austria is a landlocked continental European state situated in the north-central part of the continent.

In the country people speak the German language, as a consequence of its Austro-Hungarian roots. Austria was first an empire, then an independent republic and, for a short period of time, a direct dependence of Nazi Germany; it regained its independence after World War II.

The country boasts beautiful and unspoiled landscapes, mountains, lakes and well-equipped walking and cycling routes. Basically, a holiday in Austria is perfect at any time of the year. 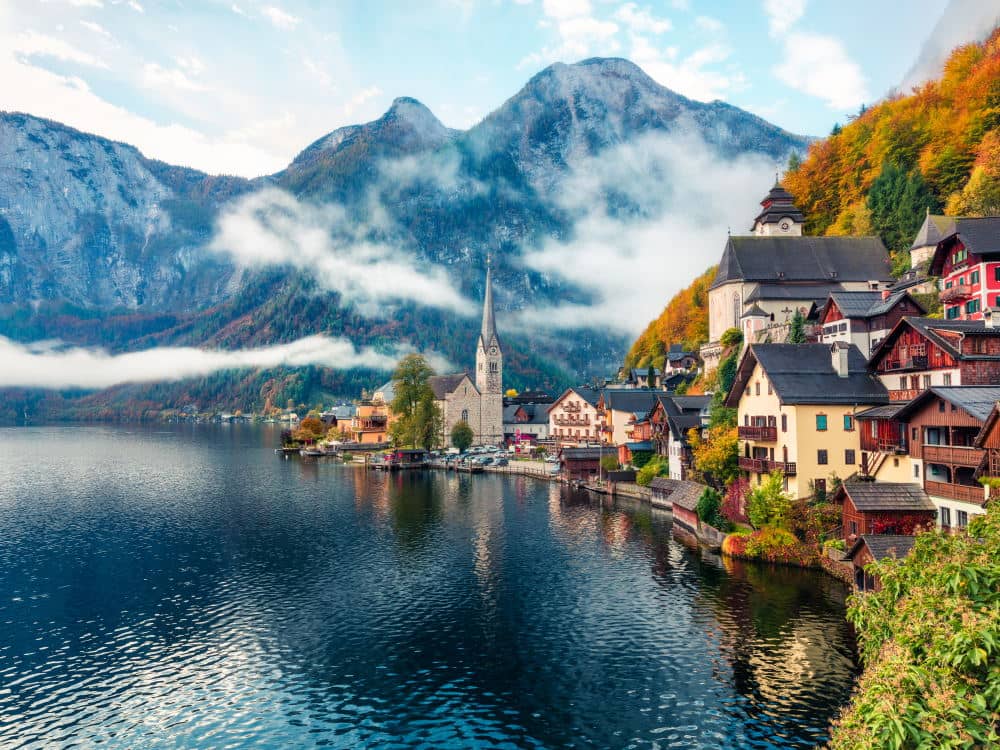 In Roman and medieval times, Austria was not a single territorial unit. In the 13th century, however, Austria became the heart of power of the Habsburgs, the imperial dynasty that, for over four and a half centuries, ruled first the Holy Roman Empire (from the 15th to the 19th century) and then the empire of Austria (from 1815 to 1918). Therefore, the Habsburgs firmly maintained their dominion over the region until the early twentieth century. The history of Austria is closely linked to the events of the Habsburg Empire. In the 16th and 17th centuries, Austria was one of the main bulwarks of the Catholic Counter-Reformation and also one of the most important bastions against the expansionism of the Ottoman Turks in Europe who, in 1683, reached the gates of Vienna but were rejected.

In the 18th century, with Maria Theresa and then with Joseph II, the empire was absolutist but reforming, giving life to one of the most significant experiences of enlightened despotism. After the French Revolution and the Napoleonic age (which put an end to the Holy Roman Empire in 1806 and from which the Austrian Empire was born in 1815), Austria, led by Chancellor Metternich, became one of the major protagonists of the Restoration in Europe. Various nationalities belonged to the empire, primarily Italians and Hungarians; however, any hope of emancipation was silenced and no liberal and constitutional reforms were implemented. Consequently Austria was hit by the revolutions of 1848, to which it responded with a ruthless repression. Defeated by France and Piedmont in 1859, and by Prussia and Italy in 1866, it lost its Italian provinces and any residual hegemony over the Germanic world.

Leading a fragile and multinational empire, Austria became more and more closely tied to Germany, with which it was allied in the First World War (1914-18). The defeat in the war marked the end of the Austrian empire and the birth of the Austrian Republic. In 1938 it was annexed to Nazi Germany and suffered tremendous devastation during the Second World War (1939-45). Austria was under the occupation regime of the victorious powers for over a decade and then,  throughout the second half of the twentieth century, it was essentially governed by two political forces: the popular-Catholic party and the socialist party. In 1995, Austria joined the European Union.

The Austrian territory is largely mountainous with some less harsh, hilly and flat areas, to the east and north (where the Danube river flows). The Grossglockner (3,798 m.) is the highest peak in the country; however, there are numerous massifs over 3,000 meters high. Austria is very rich in lakes and rivers, most of the waters end in the Danube (350 km the Austrian stretch, total lenght 2.858 km), the second European river; the other main rivers are the Mur, the Inn, the Drava 261 Km (Austrian stretch, total 749 Km), the Enns and Salzach. Lake Neusiedl is the largest in the country, it has no emissaries and an average surface area of 285 km², with an average depth of only 1 meter and a maximum depth of 1.80 meters. A portion of 60 km² of Lake Constance is also Austrian; Attersee and Traunsee are the largest lakes, entirely in Austrian territory.

The climate of Austria is partly oceanic (in western Austria), with milder temperatures, and partly continental, with extremely hot and cold winters. During the hottest days the thermometer can reach 30 ° C. April and October are very cool months. In autumn, starting from October, mists and fogs are frequent. The intermediate seasons in Austria are less rainy than summer. In any case, the climate varies a lot according to the altitude and the local orography; on the hills, the climate is obviously alpine, characterized by heavy snow and cold temperatures in winter and cool temperatures in summer.

The cuisine of Austria is influenced by the different cultures that have inhabited its territories. With Sudtirol, Austria shares the passion for Knodel, gnocchi in both savory and sweet versions, that can  be served with many different variations. In Austria, meat dishes are more common: let’s think about the famous Viennese cutlet or wienerschniztel or at the zwiebelrostbraten, a beef steak with onions with a decidedly intense flavor. In addition, the beuschel, a dish based on veal offal, which in ancient times was the dish of poor people. Desserts deserve a separate mention, especially those based on chocolate, and especially the Sachertorte, the emblem of the Austrian confectionery industry. We also mention the delicious Biedermeier cake, Linz cake and topfenpalatschinken.

There is so much to see, starting with its capital, Vienna, which has linked its charm to its role, the center of the Habsburg Empire for over 5 centuries. Vienna is a very interesting city from several points of view. It owes its charm to the Danube River that flows through it, to the many imperial palaces, including the Hofburg and Schönbrunn Palace.

Let’s move to the Alps and discover a real gem: Innsbruck impresses with its Tyrolean charm and its truly unique and spectacular mountain chain: the Nordkette!

And, what about Salzburg … there are many reasons to visit it: from the baroque architecture of its historic center, declared a World Heritage Site, to the works of art preserved in its museums, to the extraordinary cultural and musical proposal.

Austria includes Carinthia, also known as the region of a thousand lakes. The big ones are about forty, but they are all beautiful and evocative in every season. One of the things to do absolutely in Austria is to cycle along one of the many cycle paths. Some are even rated with five stars for the quality of their services. Many are in Carinthia and the most famous is the Drava cycle path, a cycle path that joins three European countries: Austria, Slovenia and Italy. Over 366 kilometers long, 222 of which in Carinthia, this cycle path runs from Dobbiaco to Maribor in Slovenia.

Finally, Austria is a paradise for hikers. We mention the famous trekking Zillertaler Runde, along the Alte Vie di Berlin (Berliner Hohenweg), one of the most famous trekking routes in Tyrol and all of Austria.

Our Tours in Austria

This walking tour takes you to one of the most amazing regions of Austria, Salzkammergut, a perfect place for a walking holiday enjoying the lakes and mountains.

Pedalling along the Drau: from Toblach to Klagenfurt

The Drau bike path is one of the most spectacular routes in Europe. This tour from the Dolomites to the Corinthian lakes is suitable for all.

The bike path along the Danube: Vienna-Bratislava-Budapest

The Danube bicycle path is one of the most popular destinations for cycle lovers, but it does not end in Vienna! This tour crosses three countries: Austria, Slovakia, and Hungary.

Wachau, a walk along the Danube

An outstanding river walk taking place along the Austrian stretch of the Danube river, in the green wine and fruity region of Wachau 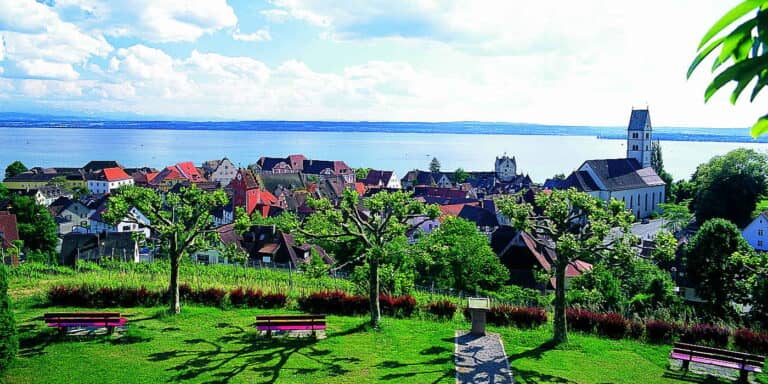 By racing bike around Lake Constance

This road bike tour has as scenery Lake Constance. Lake Constance, famous for its beauty, is positioned between Germany, Austria, and Switzerland.