Switzerland is an alpine country in Central Europe. It borders to the north with Germany, to the east with Austria and Liechtenstein, to the south with Italy and to the west and north-west with France. Normally, Switzerland is considered a winter holiday destination due to the presence of some of the best ski facilities in the world, immersed in an extraordinary natural environment. However, Switzerland is also perfect in summer, for those who love outdoor sports, especially hiking or cycling. Even the “mid-seasons” are perfect for a holiday in Switzerland: spring and autumn can be ideal times thanks to the mild climate and the magnificent landscapes that nature can offer. 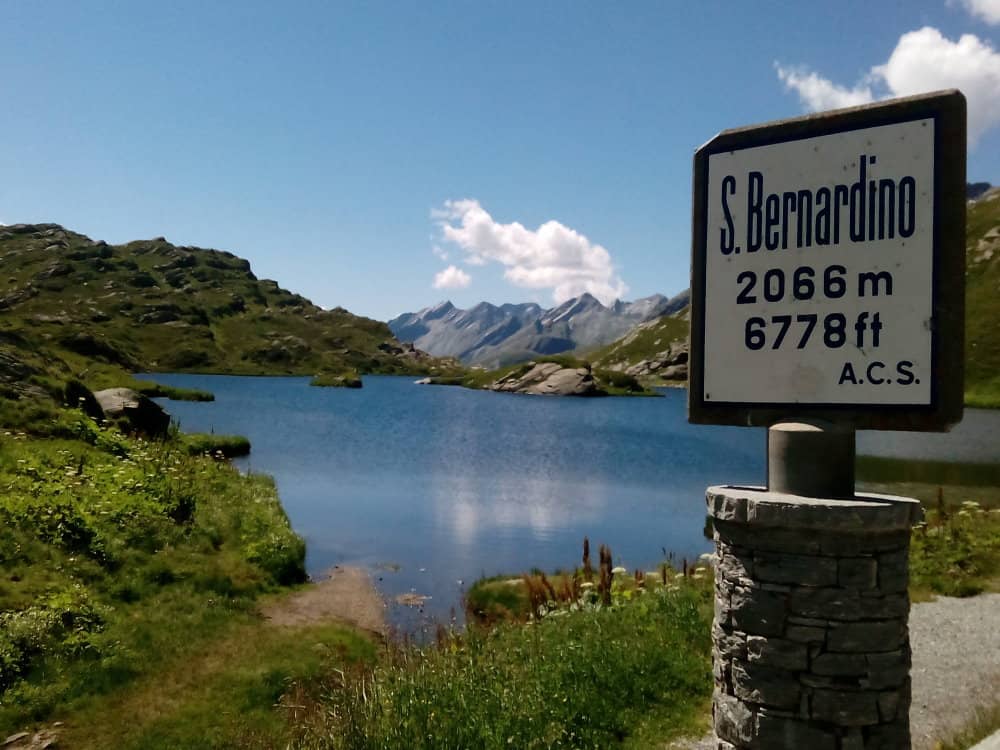 Switzerland is a unique case in the European continent: despite various internal conflicts, it has always known how to defend its autonomy and keep its institutions alive. The original nucleus of the Swiss nation are the minor German-speaking valleys that flowed into the Rhine valley. The three territories that made up Switzerland, Uri, Schwytz, Unterwald were called Waldstatten (Forest Countries) due to their nature and economy. In the Alpine territories, farmers and shepherds organized themselves into autonomous communities which governed themselves through assemblies. Between the thirteenth and thirteenth centuries, in the north of today’s Switzerland, the Habsburgs, at that time counts of Alsace, owned a castle (Habsburg) which will give the family its name and over the centuries they will strive to subdue the Swiss. Even bishops and abbots of the great monasteries exercised their power by clashing several times with the proud mountain populations. In 1291, the three Cantons, as they were called, signed a Pact (in Latin, unlike the later ones written in German) by which they agreed not to accept being administered by foreign governors. Forty years later, the nearby city of Lucerne allied itself with the Confederates, followed shortly after by Zurich, Glarus and the aristocratic Bern. A composite union was formed, made up of valley dwellers, artisans, merchants and nobles. In 1440 there was the first internal war that saw Zurich oppose the other cantons for the division of the territories of the Toggenburg, a noble family without heirs. In the following years the progressively enlarged Switzerland (with French and Italian-speaking territories) came into conflict with the powerful Burgundy and the Habsburgs, his military successes determined the great consideration of his infantry throughout the continent and the Swiss mercenaries were much appreciated and enlisted in Europe. In 1499, Switzerland achieved a de facto independence. With the Peace of Westphalia in 1648, the religious conflicts on the continent ended, and for Switzerland the formal and definitive recognition of its independence arrived. In 1761 the Swiss Society was born which promoted the affirmation of the liberal principles of the Enlightenment. The Swiss State, which gave itself its own constitution in 1874, has always stayed close to the Western world, but has never engaged in international cooperation: it signed up to the UN only in 2002 and did not take part in the main European treaties, it just signed a free trade agreement with the EEC in 1972.

Switzerland borders Germany to the north, Austria and Liechtenstein to the east, Italy to the south and France to the west. It is easy to understand that Switzerland is mountainous state; however, a small part of its territory occupies an important lowland, that of the Rhine where Basel is located. We then mention the reliefs of the Jura range and the central plateau known as Mittelland. The reliefs, numerous and important, sometimes reach and exceed 4000m and have 55 peaks on the Swiss territory plus 19 on the border with Italy. From these high peaks numerous streams arise, all tributaries of very important rivers, not only Swiss but also European: the Rhine and the Rhone. Finally, from the San Gottardo massif, the Ticino river and the Reuss arise from which Lake Lucerne originates.

The climate of Switzerland is strongly influenced by both the Alps and the Atlantic Ocean. In the plains north of the Alps, winters are humid and mild. At higher altitudes, temperatures reach polar temperatures. Above 1200-1500 meters in winter, rainfall is mainly snowy. The subalpine side is often under the influence of currents from the Mediterranean. Consequently, the winters are mild, the summers are hot-humid. Thunderstorms are frequent along the Alps in summer. The foehn blows mainly in spring and autumn.

Among the most famous typical dishes of Switzerland, there is certainly the cheese fondue: also appreciated in Italy and France, this dish is prepared with hard cheese – which is then melted in white wine, inside the caquelon (a particular pot in terracotta, cast iron or porcelain). To accompany this delight, small pieces of bread, which are dipped into the fondue with the help of a fork. The pot is positioned in the centre of the table, and everybody sitting at the table can prepare their own portion, dipping the pieces of bread in the caquelon, making this moment very intimate and convivial.

Cheese is still the great protagonist when we talk about Raclette, a dish very similar to Fondue, which is characterized by a more delicate taste: in this case the cheese is melted on a plate and served with the typical Gschwellti potatoes, cooked in foil. Then there is the delicious Alpenpasta, a kind of au gratin dish of potatoes, pasta, cheese, cream and onions and the famous rösti, a yummy potato cake baked in hot butter.

Finally, remember that milk chocolate and dark chocolate were born in Switzerland, created by Daniel Peter and Rodolphe Lindt. It is, therefore, no coincidence that among the typical dishes of Switzerland there is also chocolate, of which the Swiss are major exporters and consumers.

Switzerland is a land of great alpine landscapes, green meadows, crystal clear lakes, medieval cities and fairy-tale villages, palaces and castles, where you can enjoy nature all year round. Among the places to visit, first of all the beautiful cities of Zurich, Lucerne, Geneva with the evocative lake of the same name and Bern, the capital.

Let’s leave the cities and head to the Alpine peaks to visit Zermatt, one of the most incredible destinations in Europe. It is a small alpine village built at the foot of Mount Cervino, whose main feature is that it is completely pedestrian and car-free. Renowned destination of the international jet-set, St. Moritz certainly needs no introduction. Its reputation precedes it, and it is a destination for both summer and winter characterized by lovely walks, ski slopes and clean air; you can stroll around the lake and shop in the luxury boutiques of the centre.

Davos, located in the Canton of Grisons, is a town of nearly 20,000 inhabitants that manages to wisely mix the atmosphere of a mountain village with that of a cosmopolitan city. Davos is also the starting point for discovering the ski resort of the same name, which winds for over 300 kilometers covering the areas of Parsenn / Gotschna, Jakobshorn, Pischahorn, Rinerhorn, Schatzalp and Madris, on the border with Austria. For hikers, the beautiful and evocative Splügen pass, on the Italian-Swiss border, is one of the most important passes in the Alps, known since ancient times. The Spluga Pass is very popular, in the summer, especially with tourists who pass through it coming from the cantons of German-speaking Switzerland, from Germany and in general from Northern Europe to go down to Italy. A high altitude landscape, the proximity of imposing peaks, the presence on the Italian side of the picturesque village of Montespluga and the reservoir of the same name, make the pass area a popular stop.

Finally, the beautiful Swiss landscape is dotted with castles and fortresses nestled along the shores of lakes or perched on rocky spurs that like postcards are shown to the eyes of travellers. 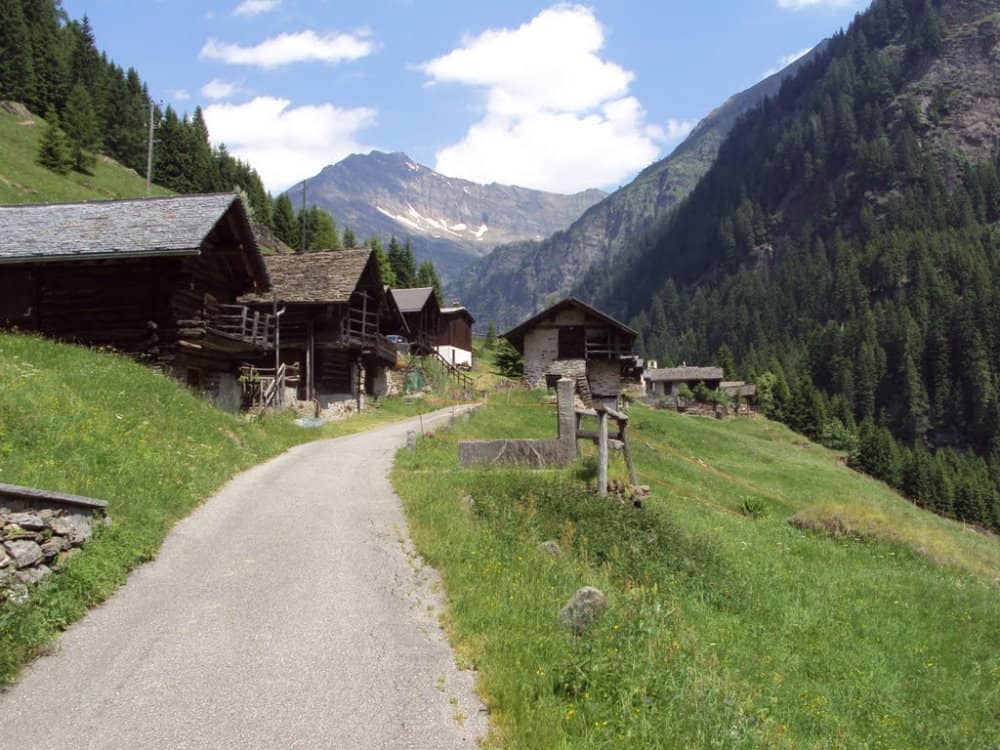 Our Tours in Switzerland

A walk along the Via Spluga, a cultural hiking trail in the Central Alps that for two centuries unites the towns of Chur, Thusis, and Chiavenna.