France is a beloved destination among European countries and it is visited by tourists from all over the world. Let’s think of Paris, the capital of France and one of the most fascinating cities ever. However, France is much more: the vineyards of Burgundy and Champagne, the mild climate of Provence and the Côte d’Azur, the wild and proud beauty of Brittany, the emerald sea of Corsica, the castles of the Loire and a hundred other provinces, cities and towns, each of which is able to reserve pleasant surprises. 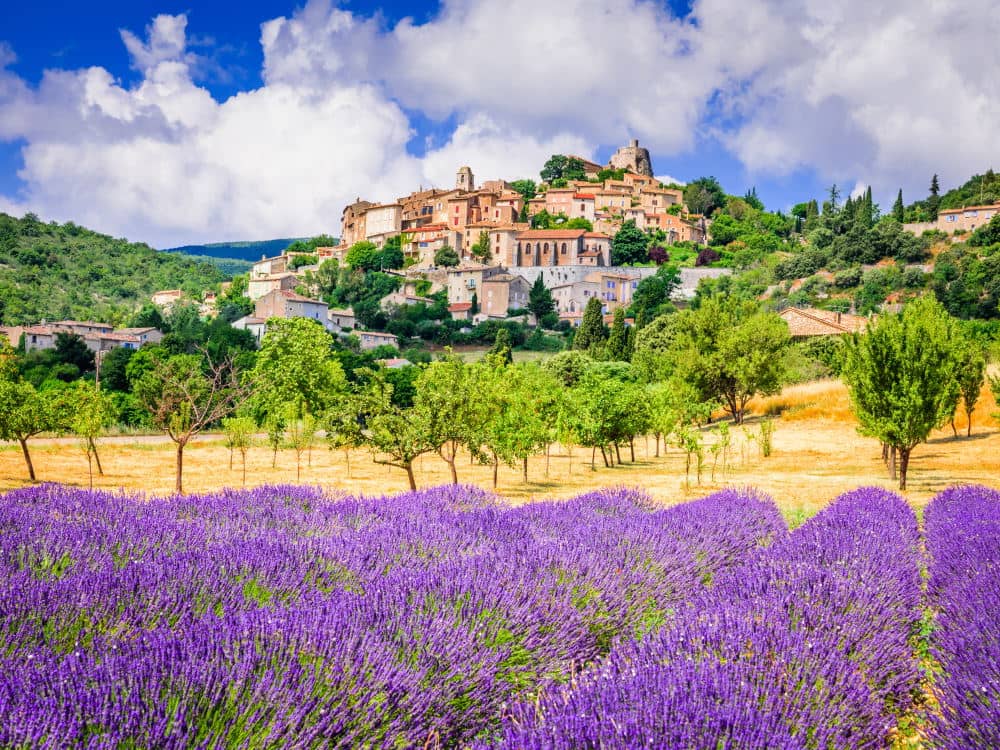 Occupied by the Celts and renamed Gaul by Julius Caesar, France is one of the oldest nations in the world. Affected by Roman colonization since before the end of the second century BC, from 406 to the sixth century it experienced the domination of the Germanic peoples, Vandals, Suebi, Alani and Franchi (the latter managed to conquer practically all of Gaul). From the fifth century, the Merovingian era began. The Carolingians arrived in the 7th century, when Pippin the Short conquered the Frankish crown and created a vast kingdom. In 987, Ugo Capeto, Duke of France and Count of Paris, was crowned king: it was the beginning of the very long Capetian dynasty that dominated until the French Revolution, a key event in French national history, as it contributed to the birth of the Declaration of Rights of man and citizen of 1789 and the spread of the noble ideals of freedom, equality and fraternity (Liberté, Égalité, Fraternité). Ten years later, Napoleon Bonaparte took power first as consul and then, in 1804, as emperor. During his reign, Napoleon created a huge empire, but when he lost the Battle of Waterloo in 1815, the monarchy was restored, to be later abolished and replaced by the Second French Republic. The nineteenth century in France was affected by an important economic growth, but at the end of the century, France lost Alsace and Lorraine and the Franco-Prussian war, fought in 1870, led to the fall of the Second Empire and the return of the Republic. France emerged victorious, but significantly tested by the First World War and, during the 1930s, experienced a serious economic crisis.
On September 3, 1939, following the German aggression against Poland, France – with Great Britain, declared war on Germany. The second conflict was particularly hard and bloody, and although France was one of the victorious powers, it had to face heavy human and material losses. Today, the French Republic is the fifth largest economic power in the world and is one of the states with the best quality of life in the world.

The French territory is the largest in Europe (547,030 km²) after the Russian and Ukrainian ones; up North-West it is part of the Atlantic European area while to south of the central massif and to the west of the Alps it has a typically Mediterranean landscape. Bordered by the Pyrenees to the south and the Alps to the east, France faces both the Atlantic Ocean and the Mediterranean. It borders to the north-east with Belgium, Luxembourg and Germany, to the east with Switzerland and Italy, to the south with the Principality of Monaco, Spain and Andorra. France boasts a wide variety of landscapes, ranging from the coastal plains in the north and west, where France borders the North Sea and Atlantic Ocean, to the mountain ranges of the Pyrenees in the south and the Alps in the south. East; on this chain there is Mont Blanc (4,810 m), which also borders on Italian territory: it is the highest peak in the Alps. In the middle there are other high regions, such as the Massif Central or the Vosges mountains, and vast river basins such as the Loire, the Rhone, the Garonne and the Seine.

French cuisine is one of the most renowned in the world for the variety and fantasy in the preparation of the dishes. You can try haute cuisine prepared by great chefs in the best restaurants or explore the regional cuisines of all of France or venture into the avant-garde French cuisine. A classic French menu includes three courses: hors d’oeuvre (appetizers), main course (plat) and cheeses at the end. French cuisine is too rich to describe its specialties in a few lines. The most common appetizers are salad with goat cheese or diced bacon, omelettes with herbs and various soups, such as soupe a l’oignon (onion soup) and potage parisien (leek and potato soup). The main course is meat or fish, always accompanied by vegetables or rice, and the inevitable sauces of which French cuisine is a great specialist. Paris offers some excellent dishes such as the entrecot bercy, a rib with white wine sauce, the chateaubriand, grilled fillet, the andouillettes, grilled tripe sausages, the very delicate orange duck (canard à Orlange) or the jambon à la Porte Maillot, ham that is cooked with an elaborate and long preparation. Cheeses are a real delight, in France there are hundreds of them, but the best known are camembert, brie, roquefort, a blue cheese with a very strong flavor, without neglecting the excellent goat cheeses. Desserts are a delight for the palate and some names have traveled the world. Think of the chocolate St Honoré, the crème caramel and the crèpes flambées.

France has a very long list of places to visit, impossible to see them all in one trip. There are many options that will satisfy even the most demanding visitor.
The beaches are one of the main attractions of this country. Let’s think for example of the French Riviera with its two famous pearls, Cannes and Saint Tropez. Even for those who love the mountains, France boasts several ideal places, from the Massif Central in the central south of the country to the snow-capped peaks of the Alps, which reach the main heights in France. Furthermore, nature lovers will be able to count on various reserves that host and protect native species. We then think of Provence, a land full of suggestions, scents, flavors and colors that will enchant you with their incredible elegance. Here you can visit villages rich in history perched on the rock, follow in the footsteps of the great Impressionist painters such as Van Gogh or Cézanne, dive into the crystalline sea of the calanques or immerse yourself in the wildest nature of the Camargue.
And what about Paris, the city of love that needs no introduction, a large metropolis that has various attractions on its territory such as the Eiffel Tower, the Louvre Museum, the Arc de Triomphe, Notre Dame Cathedral , just to name a few. Moreover, near Paris is the city of Versailles, characterized by its beautiful palace with a garden of over 800 hectares in size, decorated with beautiful fountains and statues, ponds and flower beds full of flowers. The building, once a royal residence, is now one of the most visited places in France.
Another fascinating place is the Normandy region with its emblem, the Mont Saint-Michel. It is an islet on which there is a sanctuary which represents one of the most visited places in France. Connected only by a small road, the islet maintains the same aspect it had in medieval times, characterized by the fact that when the tide rises the road that connects the islet to the mainland is completely under water.
Finally, one of the most beautiful and evocative regions in all of France is the Loria Valley. Close to the Loire River there are interesting wonderful castles and royal palaces. Visiting these Renaissance buildings will be a unique experience: you can take part in guided tours, which are absolutely recommended because they will allow you to learn about the history of each castle. It is also possible to rent a boat for a visit along the river or cycle the entire valley: this is the best way to discover it. 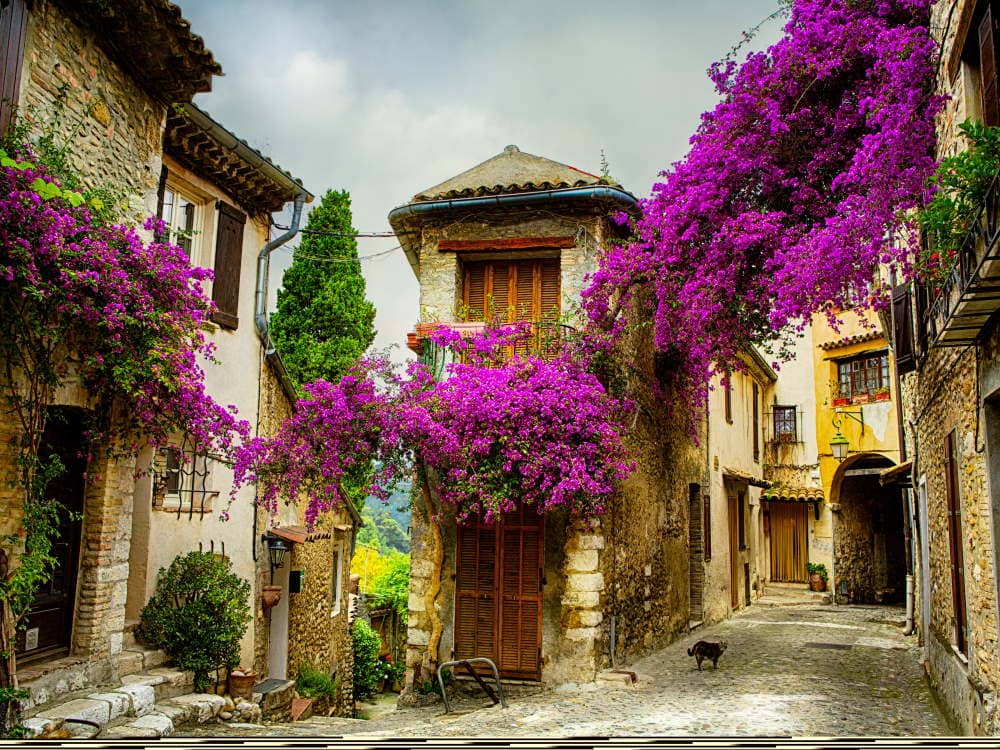 Our Tours in France

Cycling in the French Basque Country

Hiking in the French Basque Country

This amazing mountains-to-the-sea itinerary is perfect for independent walkers wishing to enjoy the beauties of the French Basque Country in just one week.

Bike and barge in Provence

The Provence is one of the most fascinating regions of Europe and it is this region which is the backdrop of this unique bike and barge tour.