Trentino is a region of Northern Italy able to offer moments full of adventure and fun, but also of rest and relaxation. Evocative natural panoramas await you, occupied by the flourishing vegetation of picturesque valleys such as the Isarco Valley, the Val Pusteria, and the Val Venosta, the valley of orchards. Dominating the green valleys are the white peaks that make up the wonderful chain of the Dolomites.

It is an ideal place for walking on the many marked hiking trails, cycling along the Drava, or following the old ex-railway line, skiing and MTB on the mountain paths. 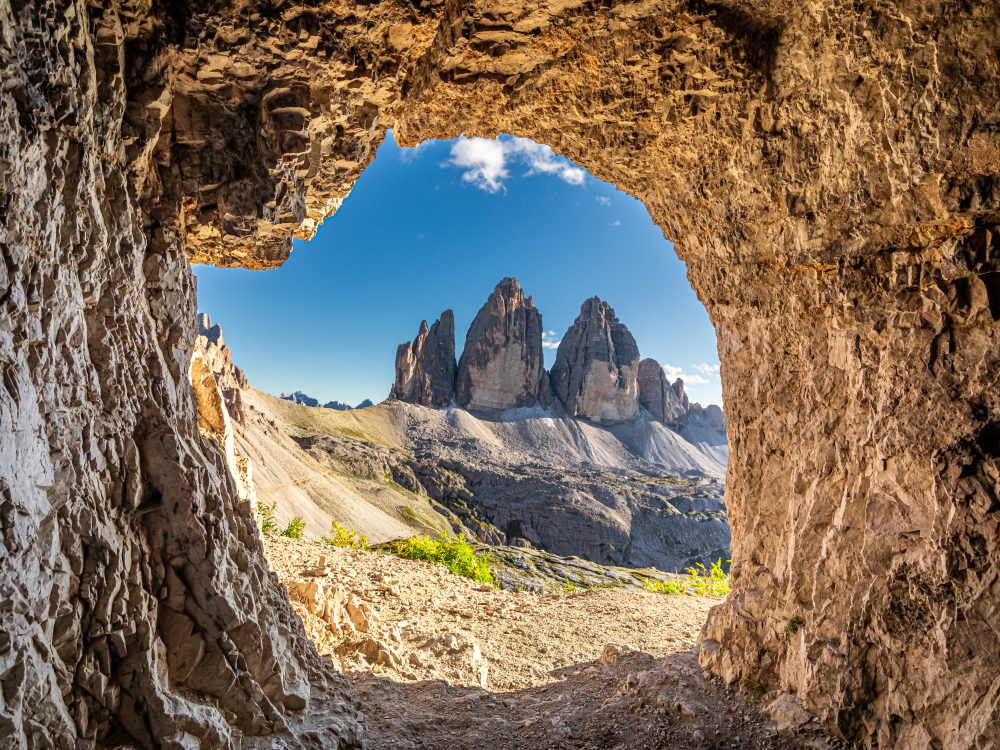 It is the northernmost region of all of Italy and, if we exclude the Valle dei Laghi and the Val d’Adige, it is almost entirely mountainous with peaks that reach almost four thousand meters above sea level. The territory was already inhabited in the Mesolithic era, ie at the end of the last glaciation, as evidenced by the remains dating back to 12,000 BC. which were found in the Adige Valley. It was the Romans who settled during the 1st century BC. and which remained there until the fall of the Western Roman Empire after having founded the city of Trento making it an important municipality. Passed into the hands of Odoacer, then of the Ostrogoths and finally of the Lombards, it became part of the Holy Roman Empire until Conrad II left the management of temporal power in the hands of the bishops of Trento and Bressanone. After a brief parenthesis where the region passed to the Republic of Venice and after the advent of Napoleon’s French, it was the counts of Tirolo who governed the territory that had become part of Austria. The First World War allowed the annexation to the Kingdom of Italy of all of Trentino and part of South Tyrol, that is, Alto Adige.

Trentino-Alto Adige borders to the east and south-east with Veneto, to the west and south-west with Lombardy, to the north and north-east with the Austrian Länder Tyrol and Salzburg, to the north-west with the Swiss canton of Grisons. The Aurina Valley is the northernmost valley in all of Italy and Predoi the northernmost inhabited center located between the foot of the valley and the Vetta d’Italia, on the Austrian border. Trentino Alto Adige is called the “land of mountains” because it is almost entirely mountainous and includes the Rhaetian Alps, the Atesine and the famous Dolomites. Trentino Alto Adige stands for nature, with the beautiful peaks of the Dolomites, Unesco World Heritage Site, with the green plateau of Alpe di Siusi, with its forests of conifers and beeches alternate with meadows and pastures. In this natural environment, it is possible to find almost all Alps species of flora and fauna, including the brown bear. In Trentino Alto Adige there are 10 natural parks, including the Stelvio Park, the Natural Park Sciliar-Rosengarten, the Tessa Natural Park and the Puez-Odle.

In this region the climate is a mix between continental and alpine, which affects above all the high mountain area; there is an exception: individually due to its configuration, the area of Lake Garda has the character of a milder Mediterranean climate. The Alps manage to be like a barrier against disturbances from northern and eastern Europe, so much so as to significantly reduce the intensity of rain in the northernmost valleys. In Trentino, the largest rain showers occur during the intermediate seasons while in South Tyrol they occur mainly in summer. In winter, snow makes its appearance until the beginning of spring.

The typically Austrian and Alpine influences can be found also in food and wine starting from bread to jams, obviously preferring local products. Homeland of PGI speck, this region offers many DOP and DOC products such as apples, cheeses and wines.

Among the specialties we cannot forget the famous canederli: a dough of stale bread stuffed with cheeses, speck that can be cooked in broth or with melted butter. Worth mentioning are the tasty South Tyrolean cheeses which, most of the time, are produced in high mountain huts. Among these, the Trentingrana, the Puzzone di Moena, the Vezzena and the Poina are the most famous. Another interesting product of the territory are the wines that are made following the tradition. The same goes for spirits: the Trentino grappas are famous all over the world.

The most striking natural feature are the Dolomites. The Dolomites are a designated UNESCO World Heritage Site and offer an unforgettable experience for ski and winter sports lovers. Moreover, this region is the keeper of incredible artistic treasures, monuments, and architectural works that combine Gothic from Austria with that of the Italian Renaissance. The route to discover this region starts in Trento, known as the meeting place of the Ecumenical Council (1545-1563); the city boasts a Lombard Romanesque cathedral and the Buonconsiglio Castle. The second stop is Bolzano, the “Gateway to the Dolomites” and symbol of the fusion of Latin and Germanic cultures, as can be seen in the Gothic cathedral. Other important places are Rovereto, with its museums, castles, the St. Colombiano Hermitage, the great “bell of peace” and the MART Museum, the new modern art hub, and Riva del Garda, with the Pretorio Palace and its austere yet elegant 13th-Century fortress, the Rocca. Numerous sanctuaries also sprinkle the landscape, including the Montagnaga di Pinè and Madonna del Monte di Rovereto. The castles of the region are exceptionally enchanting – a visit to the Castles of Tirolo, Roncolo, and Appiano is a must. Finally, spend some time at Beseno Castle to admire breathtaking views. 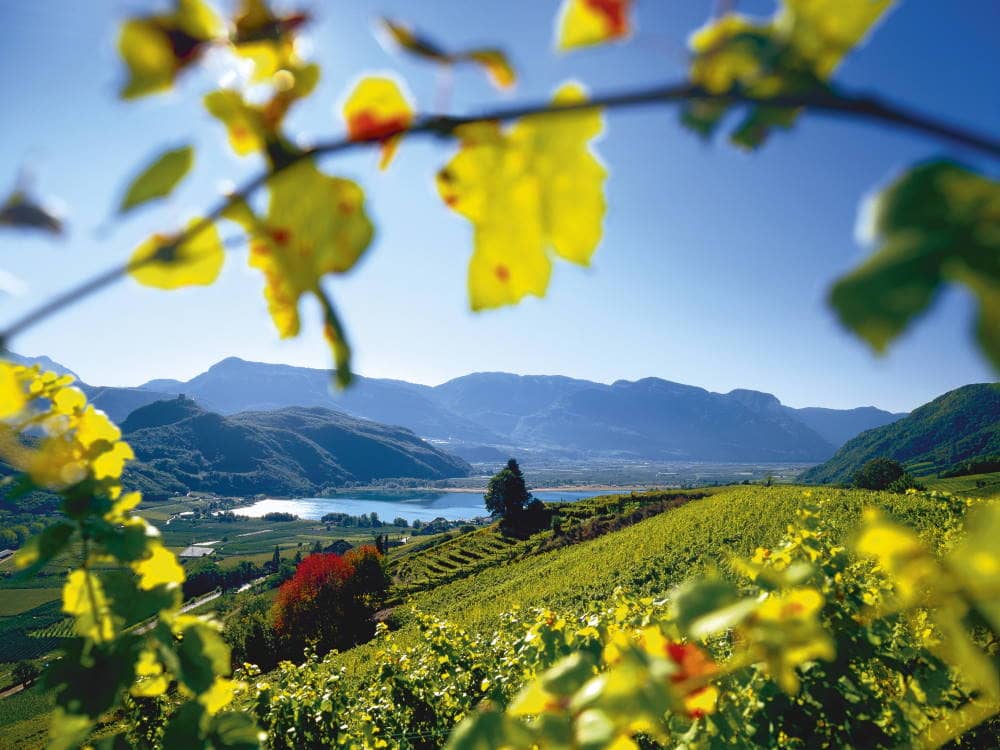 Walking in the heart of Alto-Adige

On the sunny side of the Alps and in the shadow of the Dolomites, you are walking in the heart of Alto-Adige through some of the prettiest parts of South Tyrol (Alto Adige).

Pedalling along the Drau: from Toblach to Klagenfurt

The Drau bike path is one of the most spectacular routes in Europe. This tour from the Dolomites to the Corinthian lakes is suitable for all.

The national parks of the Dolomites

From the Dolomites to Venice

This cycling tour takes you from the Dolomites to Venice, from the mountains to the sea, passing famous Italian towns with as highlight Venice.

From the Dolomites to Venice for road bike

From the northeast of the Dolomites, you cycle to Venice. It is a tour ideal for road bikers because you cross famous Italian mountain passes.