Tuscany, one of the most famous regions of Italy, is the cradle of an invaluable artistic heritage that has given birth to great artists. The numerous works of art kept here, but also its exceptional and varied natural landscapes have made this region of central Italy famous all over the world: hilly to marine landscapes, passing through the Apennines, fabulous. But that’s not all: with its cities and charming villages that make a sort of kaleidoscope between the Middle Ages and the Renaissance, Tuscany is a real open-air museum. 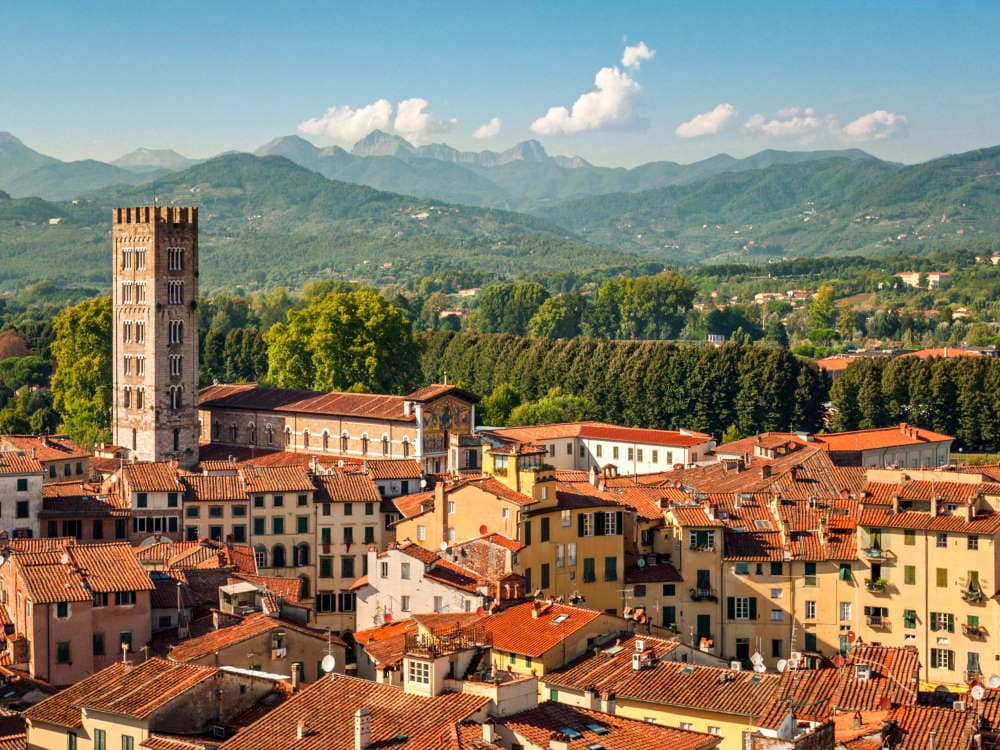 Characterized by an urban structure of high density, the history of Tuscany is above all the history of its medieval towns, which after the year 1000 contributed to making this region of Italy a very lively place both from an economic and cultural point of view. Long before the Middle Ages, however, the region was part of Etruria; subsequently, under the Roman emperor Diocletian it was united with Umbria under the name of Tuscia. Finally, it went through the barbarian invasions. In the fifteenth century, under the guidance of the de ‘Medici family, Tuscany was first unified into a duchy then into a grand duchy. In 1860, with a plebiscite, the region became part of the newly born Italian state.

Tuscany is characterized by hills, mountainous and flat areas, and more than six hundred kilometers of coast. Furthermore, the profile of this region of central Italy was partly drawn from a deeply rooted peasant culture. You can see it clearly by the presence of farmhouses, vineyards, orchards, and olive groves that are well known all over the world.

Due to the variety of its territory, the climate of Tuscany changes from area to area: it is Mediterranean along the Tyrrhenian coasts, continental in the innermost areas. Usually summers in Tuscany are hot with little or no rain. In spring and autumn, the mild climate brings more rain. The winters on the coast are mild, but in the mountainous areas it is not unusual to have snow. Average temperatures go from 7°C in January to 31°C in July.

One of the reasons that make Tuscany a beautiful place to live and enjoy is the excellent food.
Among the local productions there are at least sixteen Doc and fifteen IPG products (Qualified and guaranteed). These are astonishing figures for the excellent quality meats (Cinta senese), typical sweets like Cantuccini, tasty meats (Mortadella from Prato and Finocchiona), the pecorino cheeses and exceptional extra virgin olive oil and wines like the Brunello di Montalcino, Chianti and Morellino di Scansano). As for food, you can taste the ribollita, a soup made of vegetables and hardened bread that is prepared especially in the areas around Arezzo and Florence, the peposo, a second dish based on beef accompanied by the excellent red wines that are born in these hilly areas. The following are also recommended: the Sienese pici, delicious home made pasta from the peasant cuisine which is mostly seasoned with meat sauce; tortelli alla mugellana, another traditional culinary dish made with a potato-based filling; Livornese cacciucco, the well-known soup prepared with thirteen different types of fish; Colonnata lard, a delicacy to be eaten with hot bruschetta or as a dressing for bucatini; the famous Florentine steak; the cecìna and the fettunta.

Once you arrive in Tuscany there are many things to do and places to see. There are so many interesting places to visit that we could write a guide ‘Visiting Tuscany’.  Rolling hills, vineyards, and art towns that is what Tuscany is! We have Florence with its many monuments and museums and it is certainly a must for Renaissance enthusiasts; for those who love the Middle Ages, we recommend Siena, San Gimignano, Pisa, Lucca, and Grosseto as unmissable destinations. Lovers of nature and food and wine can go on a Chianti tour, sun & sea admirers can go to the island of Elba, the beaches of Grosseto, Livorno or the once of Versilia, while those looking for wellness holidays can choose one of the many spas where to find rest and relaxation. Nature lovers of the lush countryside could go for a walk to the Foreste Casentinese, Monte Falterona, Campigna and the Appennino Tosco-Emiliano national parks or the Alpi Apuane Regional park. 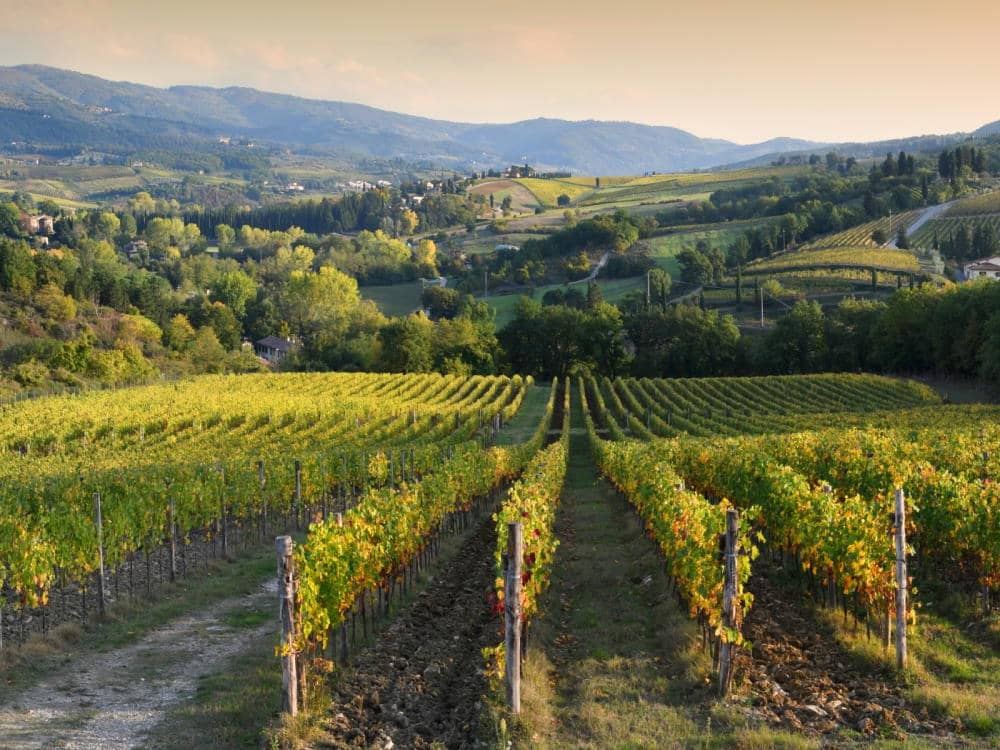 Our Tours in Tuscany

This is a lovely road bike adventure through one of the most famous Italian regions, Tuscany. This stunning land is famous for its wines, landscapes, and art cities.

Lovely Tuscany, pedalling in one of the most stunning landscapes of Italy: Siena, Pienza, Val d’Orcia and Val d’Elsa. 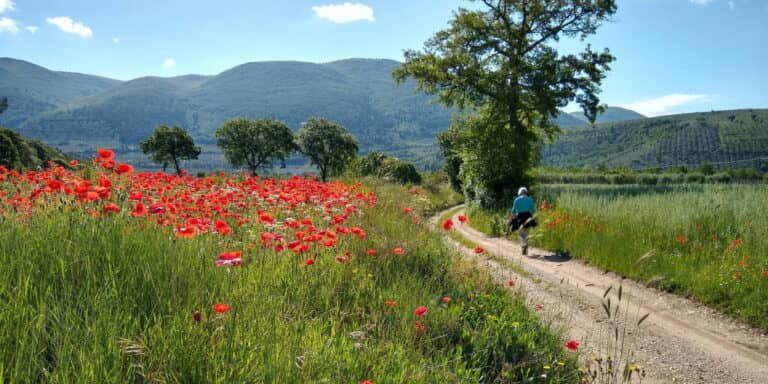 The ‘Way of St. Francis’ is a pilgrims route from La Verna to Rome passing all places which remind us of Saint Francis and his compagnons. 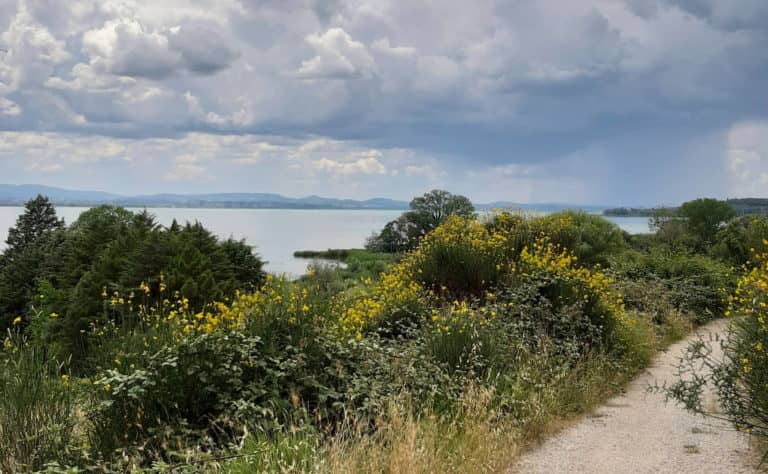 Umbria & Tuscany: in the footsteps of the Etruscans and Romans

An evocative bicycle tour through the Etruscan and Roman heartlands of Umbria and Tuscany, land of art, nature, food & wine.