Portugal is situated in the extreme western part of Europe, overlooking the Atlantic Ocean. A real oceanic vocation which, in the past, saw Portugal as the protagonist of great seafaring explorations. Compared with the rest of Europe, Portugal is a country where agriculture and livestock still play an important role in the economy. Today, tourism is also a great resource. Portugal is a popular destination for its capital, Lisbon, charming towns such as Sintra and Porto, for the beautiful Algarve region and for many other attractions, including beautiful hiking trails and new cycle paths, which allow you to travel in an eco-sustainable way. 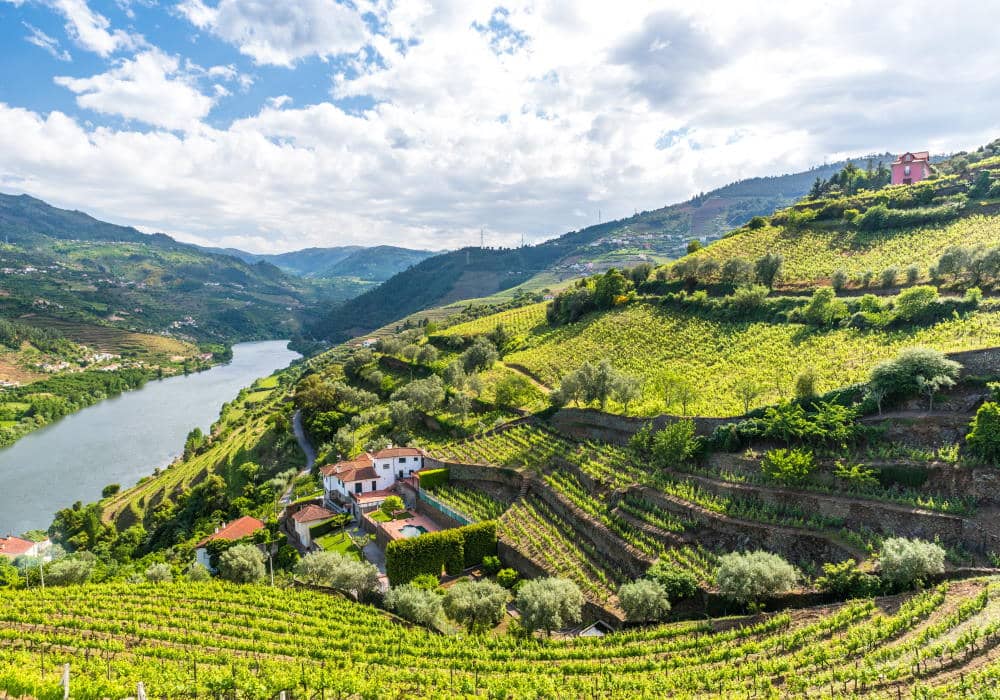 The roots of Portugal lie in 600 years of Roman domination, followed by the conquest by the Visigoths and the Moors until it became an independent kingdom in 1143. As the westernmost people of Europe, in the Middle Ages the Portuguese became the greatest explorers. The coasts with the ports located on the Atlantic Ocean and along the rivers created the conditions for the country to have a large navy. Portugal reached its peak in the era of the great discoveries (15th and 16th centuries) when the Portuguese fleets led by Vasco da Gama and Ferdinando Magellano arrived in Africa, America and India and began an important colonization process that led to the expansion of the empire in Angola, Mozambique, Cape Verde, Brazil, Macau, East Timor and other territories. Thanks to the conquests, to the trade, in particular that of spices with India, Portugal became one of the richest and most influential countries in the world. Starting from the second half of the sixteenth century for Portugal began a phase of decline. Annexed to Spain between 1580 and 1640 and returned independent under the Braganza dynasty, Portugal remained a medium-sized European power with a great colonial empire. Very important, in the second half of the eighteenth century, was the experience of enlightened despotism and the government of the Marquis of Pombal. During the Napoleonic era, Portugal saw the occupation of its territory by the French (1807-11). The Braganza family then fled to Brazil, promoting its independence in 1822.

After centuries of internal turmoil, in 1910 the monarchy was deposed and Portugal was declared a Republic. From 1932 to 1974 the country experienced the era of the “Estado Novo”, that is, the famous fascist dictatorship of Salazar. On April 25, 1974, with the Carnation Revolution, the regime ended and democracy was restored. In fact, on April 25 in Portugal the Liberation is celebrated, just like in Italy. In 1986 Portugal joined the European Union.

Portugal has a characteristic rectangular shape: it is a peninsula that borders only Spain and is bathed on three sides by the Atlantic Ocean. It also includes the Azores archipelago and the Madeira archipelago. Most of the Portuguese territory is flat, a quarter is occupied by hills and, especially in the central region, there are mountain ranges (the highest mountain is Monte Malhão, 1993 meters high). The most important plain is the Alentejo, which means “beyond the Tejo”, a river that marks its end. The longest river is the Douro, 322 km in the Portuguese stretch, out of a total of 895 km. The largest lake is the Alqueva lake (250 km²), of artificial origin on the Guadiana river. There are no natural lakes in Portugal, but we find numerous volcanic lakes on the Azores islands.

The presence of the ocean has a major influence on the climate of Portugal. There is abundant rainfall in the spring and winter, which diminishes towards the south, and there are the cold currents of the ocean along the 830 km coastline. It is a sunny country with warm summers and mild winters. In the hinterland, however, the climate acquires a more continental character and in the south, we speak of a Mediterranean climate. The rainy maritime climate is one of the main factors in the presence of lush vegetation in Portugal: oak and chestnut forests, as well as eucalyptus, the most common plant in the area.

In the Portuguese cuisine, aromas and flavors come from its explorer past, from its sailors: from the cinnamon found in pastry to the curries of the meat, from the tomatoes and potatoes of the new world to the citrus fruits that the Moors brought during their conquests up to the constant presence of seafood of first quality. In Portugal we find mostly fish and meat dishes. We have the Caldeirada (fish soup), the sopa de legumes (vegetable puree with oil, wine and spices), the warm green (chopped cabbage soup with potatoes and smoked lard), the açorda à lAlentejana, or an all garlic with bread and egg and açorda de marisco which is instead a strange dish made with soaked bread and seafood. The protagonists of Portuguese cuisine are also grilled fish, boiled or fried, of all kinds, served with potatoes, vegetables or salad, dressed with oil and vinegar or with melted butter and shellfish, lobster (lagosta) and spider crab ( sapateira) on top, boiled and served cold.

Very common is pork (for example roast suckling pig, leitão assado) and kid (cabrito), lamb or pork ribs cooked on the grill, chicken with curry (frangoà piri-piri), rabbit alla cacciatora (coelho à caçador) for the more traditional palates. As for desserts, the taste of confectionery is typically exotic. Particularly, the pastél de nata at Pastéis de Belém are a must.

Portugal boasts vibrant towns and traditional villages, beautiful beaches, and dramatic rolling countryside. And above all, many UNESCO World Heritage Sites, ranging from prehistoric drawings at Villa Nova de Foz Coa to the historic centre of Angra do Heroísmo in the Azores.

Then there is the country’s charming capital, Lisbon, which ideally rivals its northern sister, Porto. A trip to Portugal ideally starts right in Lisbon: this is the heart of the modern country and the cultural centre of the nation. Here, there are the best museums and historic buildings in the country scattered in very picturesque neighbourhoods.

Not far from Lisbon we find a small jewel, the town of Sintra. Lying in the hills, Sintra has its heart in the Palacio Nacional de Sintra as well as cobbled lanes, traditional houses and palaces including the Palacio de Pena and the ruins of Castelo dos Mouros. A typical summer destination is the Costa do Sol, known for its seaside resorts and for its beautiful and easy to reach beaches, such as that of Cascais.

The city of Porto is also extraordinary and full of charm. The historic center is picturesquely spread on a hill overlooking the Douro river and, on its ups and downs, there is the Ribeira district with its colourful houses. Finally, one of Portugal’s most popular destinations is the southern province of the Algarve, divided from the rest of the country by a series of low mountains. It is one of the most popular seaside resorts in Europe, hosting millions of tourists every year. The capital of the region, Faro, is built around a charming harbour: most of the trendy tourist resorts of the Algarve were formerly small fishing villages, such as Albufeira. The historic centres are still characterized by narrow streets, whitewashed houses and ancient churches but the long sandy beaches are the real attraction. In Portugal there are numerous cycle paths along the coast and trekking routes, making this country perfect for lovers of journeys in the nature.

Our Tours in Portugal

Two beautiful countries in one trip, Portugal & Spain! You will explore the enchanting Atlantic Coast from Porto to Santiago de Compostela by bike.

Hiking in Northeast of Portugal

A stunning walk through a wildlife reserve, enjoying impressive cliffs and ancient traditions of the Douro International Natural Park!

Walking on the magical island of Madeira

The fascinating, green island of Madeira is a perfect holiday destination all year round with warm and comfortable summers and mild winters.

Cycling from Porto to Coimbra