Greece is famous because it gave the world arts, philosophy and democracy; its legacy to humanity is therefore unrivaled. Moreover, warm sunshine and clear waters make Greece a perfect country where to relax or play sports. Whether you’re dining at a beachside tavern, sipping coffee in a shady plateia or visiting the many Greek attractions on foot or by bicycle, there are good chances that the gods have already seduced you. With its scenic and cultural wonders, Greece is able to please all its visitors. Athens is the capital of Greece, with its famous acropolis where the legendary Parthenon is located, a must for history lovers. 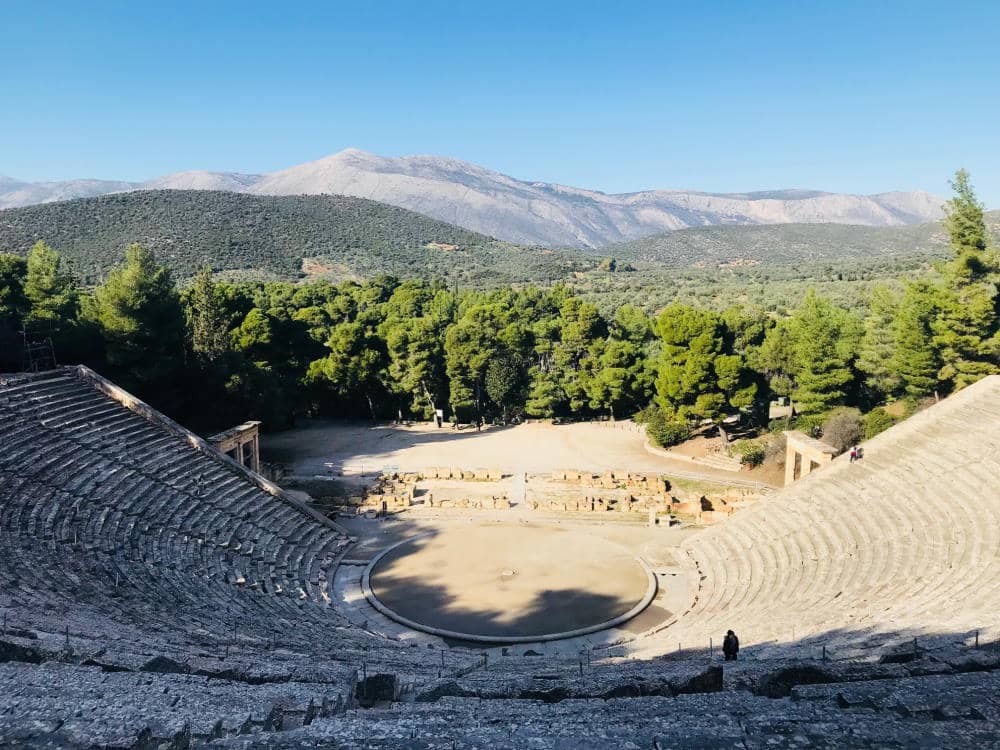 The history of CLASSICAL GREECE starts from 500 BC. and ends in 336 BC. This period began with the Persian wars (Marathon 490 BC and Salamis 480 BC) won by the Greeks. After these wars Greece reached its maximum cultural splendour with the construction of the Parthenon in Athens, the sanctuary of Delphi, the theatre of Epidaurus and the sanctuary of the sacred island of Delos. In this period several important characters lived: Socrates, Plato and Aristotle (philosophers), Aeschylus, Euripides and Sophocles (tragedians). In the fifth century BC the first world democracy is born in Athens.
HELLENISTIC GREECE goes from Alexander the Great to the fall of the Hellenistic states into the hands of the Romans; the last battle was won by the Romans in 146 BC. In 331 BC Alexander the Great founded the city of Alexandria, famous for its lighthouse (one of the seven wonders of antiquity). In 227 BC the colossus of Rhodes was destroyed by a terrible earthquake (another of the seven wonders of antiquity). In this period lived Diogenis, an important Hellenistic philosopher and Archimedes, a famous Hellenistic mathematician and scientist. In 146 BC Greece becomes the cultural centre of the Roman Empire. In 323 the Emperor Constantine founded a new capital of the empire, Constantinople. In 381 Christianity became the official religion of the empire and in 393 the Olympic Games were banned because they were games in honour of the 12 Gods. Later in 395, with the death of the last Roman emperor Theodosios, the empire was divided into two parts; the western one (Latin language) and the eastern one (Greek language). In 391 the Byzantine Era begins and ends with the fall of Constantinople to the Turks in 1453. VENETIAN and Ottoman GREECE began in 1453, with the fall of Constantinople and ends in 1821 with the war of independence against the Ottomans. Around 1800, Greek trade began to open up throughout Europe, enriching itself considerably. MODERN GREECE goes from 1821 to 1900. In 1830 Greece finally becomes a free nation and Nafplio becomes the first Greek capital. In 1834 the capital was moved to Athens. In 1874, the German archaeologist Heinrich Schliemann unearthed the old city of Mycenae and the famous tomb of Agamemnon. In 1883 the Corinth Canal was built to allow a quick connection between the Aegean and the Ionian Seas. In 1896 the first modern Olympics were organized in Athens. On October 28, 1940, Greece was attacked by the Italian army but was immediately driven back to Albania, later attacked by the Germans and in 1941 the Greeks were forced to surrender. Numerous Jews, especially those from Thessaloniki, were deported to concentration camps. The German occupation ended in 1944. In 1980 Greece joined the European community.

Greece borders to the north-west with Albania, to the north with Macedonia and Bulgaria, to the north-east with Turkey; it is washed to the east by the Aegean Sea, to the south by the Mediterranean Sea and to the west by the Ionian Sea. The continental part of the country includes Thrace and Macedonia to the north, Epirus, Thessaly and central Greece in the centre and the Peloponnese to the South, a peninsula joined to the mainland by the Isthmus of Corinth, crossed by the homonymous canal created in 1893 The insular part includes numerous islands including Euboea, Thasos, Corfu, Crete, Rhodes, Chios, Lemnos, Lesbos, Samos and Samothrace and the archipelagos of the Sporades, the Cyclades and the Dodecanese. The territory of Greece is mainly mountainous and, as the ancient geographer Strabo wrote, “the sea presses the earth with thousands of arms”. The reliefs of the central regions are distinguished, the plains and plateaus of eastern Thessaly, Macedonia and Thrace, the mountainous peninsulas of Chalkidiki and the Peloponnese and the islands, most of which are located in the Aegean Sea.

The climate of Greece is Mediterranean, with hot, dry summers and mild, rainy winters. The reliefs of the Pindus lead to winters characterized by more frequent rainfall and higher temperatures. The Aegean islands have an arid climate in summer and mild winters, with modest rains and rare snowfalls. The average annual temperature in Athens is around 17 ° C, with lows in January of around 1 ° C and highs of around 38 ° C in July.

Greek cuisine has a millenary tradition, but at the same time it is surprisingly current and its most typical dishes are the emblem of Mediterranean gastronomy. Deeply and closely linked to the territory and to activities such as sheep farming and fishing, cuisine is based on simple and genuine ingredients: meat, especially goats and lambs raised in local pastures, fish from its pristine and crystalline waters, many vegetables, such as tomatoes, aubergines and cucumbers, cheeses and lots of good extra virgin olive oil to season. Despite a Mediterranean nature, Greek cuisine is affected by multiple and refined influences: the most characteristic imprint is that left by the Turkish, but also Arab and even Indian, domination. The most famous example of this cooking school is the moussakà or mussakà, one of the fundamental dishes of Middle Eastern cuisine. And again the dolmades, vine leaf rolls common throughout the Middle East. Fresh and frugal, the Hellenic table also reserves a place of honour for mixed salads, a sign of how vegetables and products of the earth play a respectable role. Among the salads predominate those based on cucumbers, sometimes mixed with yogurt and always dressed with olive oil and vinegar. The best known, the classic summer so-called “Greek salad”, sees not only cucumbers but also tomatoes, onion, green peppers, olives and feta, a traditional semi-hard cheese prepared with goat’s milk and sheep. A mention goes to the vast selection of desserts, rich in spicy aromas, dried fruit, citrus peel, liqueurs and honey, sometimes wrapped in crunchy filo pastry: among these baklava, kurambiedes, lukumades, melomacarona (typical Christmas sweets). Irresistible flavours and aromas of the Greek land, enjoying breathtaking views, crystal clear waters and relaxed atmospheres.

Mythical, sunny, joyful and convivial: Greece is unique! It is a place where you will discover the origins of ancient civilizations, be fascinated by artistic masterpieces of the ancient world such as temples that have resisted for over a thousand years. But it is also a country where you can indulge in idleness, taking a dip in the bluest sea in Europe and enjoying delicious dinners in traditional restaurants, or taking active open-air holidays, exploring nature and culture on foot or by bike. Beaches, museums, ancient cities, traditional villages, metropolis that combine ancient and modern in a fascinating mix: Greece has them all! But what are the attractions not to be missed?
Full of cultural attractions and things to do, Athens is the ideal destination for a short city break or a longer holiday. Attracted by its famous ancient ruins, first of all the monumental Parthenon, tourists arriving in the Greek capital discover a modern city with a thousand facets, capable of fascinating not only history and art lovers. Certainly the visit to the Acropolis will be one of the most exciting moments of your stay in Athens because it is something extraordinary, but we are sure that you wil also enjoy walking in the lively districts of the capital, dinners in traditional restaurants, the shopping at the Monastikiri market or in the boutiques of Kolonaki, the breathtaking views of the city from the hills and the energy mixed with friendliness of the young Athenians. The top attractions of Athens are: the Acropolis (Parthenon, Temple of Athena Nike, Caryatids, Theater of Dionysus) and Ancient Agora, so famous that they need no introduction, the Panathenaic Stadium, where the ancient Olympic games were held , the National Archaeological Museum, where the artistic masterpieces of ancient Greece are preserved, the hills of Filopappou and Lykavittos for the splendid panoramic views over the city and the maze of narrow streets of Plaka with numerous traditional taverns. In addition to mainland Greece and Meteora, special mention goes to the islands, of which about 200 are inhabited and each has its own history and identity: the Greek islands are Greece as we imagine it, but in fact they constitute a world itself compared to mainland Greece. The sea is the top attraction of the Greek islands for its thousand shades of blue, its transparency and its calm waters, perfect for a safe swim. However, do not miss the cultural attractions and the hinterland of the islands because they are full of charm and evocative places. Some highlights of the Greek islands are: the sunset over the caldera of Santorini, the beach of the Shipwreck in Zakynthos and the palace of Knossos in Crete where, according to the myth, Theseus managed to defeat the Minotaur, thanks to Ariadne’s thread. 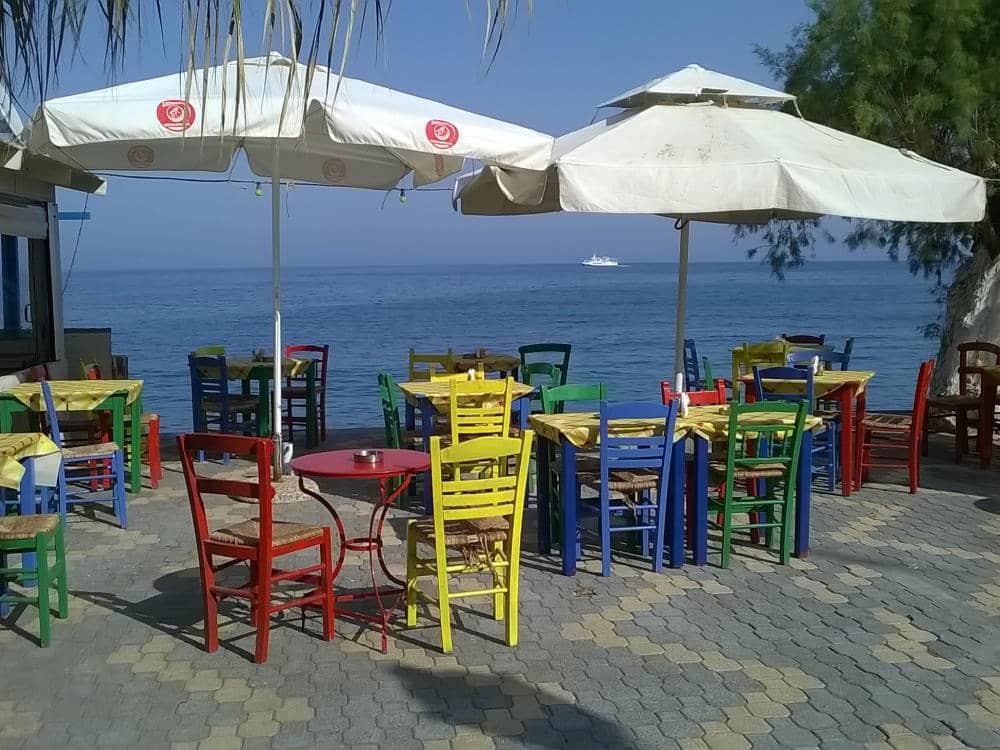 Our Tours in Greece

Past meets present: cycling from Vytina to Nafplion

A fascinating cycle tour full of archaeological treasures from Ancient Greece and the beauty of a mountainous and maritime landscape.