Sardinia is the second-largest island in the Mediterranean after Sicily and the origin of its name dates back to ancient populations, such as the Greeks. They called it Ichnussa or Sandàlion, due to its shape which is similar to a sandal. The island, thanks to its peculiarities, is a region with a special statute. Currently, the region is divided into four provinces, which are the “historical” ones: Sassari, Nuoro, Cagliari, and Oristano.

Sardinia is very attractive for the lovers of sun and sea holidays, but it is also an island inviting you to discover its natural beauties, intense history, and traditions in a slow way, on foot or by bike. 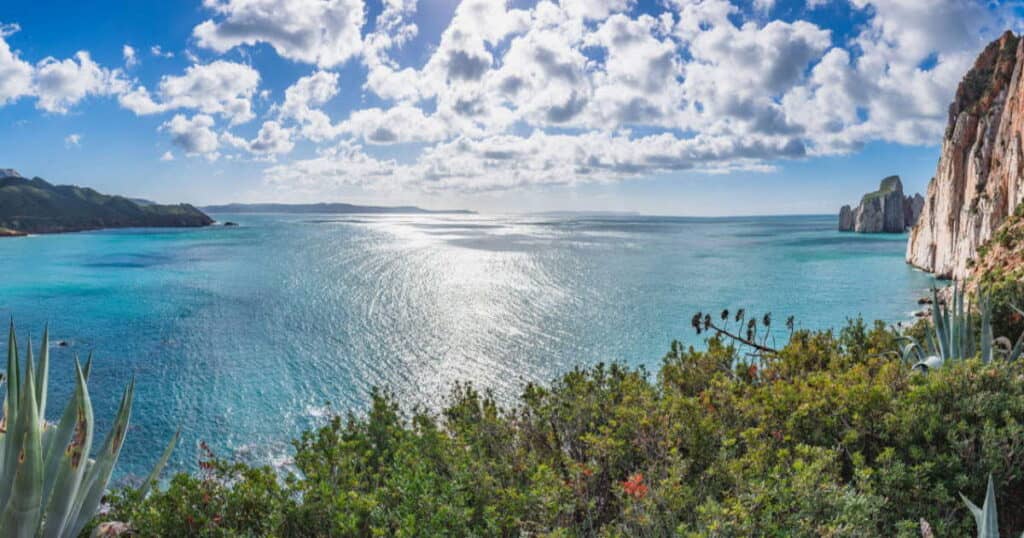 Although it is not a densely populated region, there are many populations that have walked on its land over the millennia.

The island, in fact, gave birth to the Nuragic civilization that originated and developed right here, involving a period of time ranging from the full Bronze Age (1800 BC) to the second century BC, in Roman times. The Nuragic people were warrior navigators who were the protagonists of numerous events throughout the Mediterranean. They left us the so-called “nuraghi”, structures unique in the world which are believed to be intended for religious, civil and military use. The most famous (but not the largest) nuraghe in Sardinia is that of Barumini, called Su Nuraxi, a UNESCO world heritage site in 1997. Starting from the 9th century in Sardinia we have the Giudicati period, which lasted about 600 years. In this period the local institutions reformed, making themselves autonomous from Byzantium which exercised only nominal authority. Later four independent kingdoms (Torres, Gallura, Arborea and Cagliari) with an effective internal organization were formed. In 1297, Pope Boniface VIII established the Kingdom of Sardinia with headquarters in Cagliari to resolve the political and diplomatic crisis that arose between the Crown of Aragon and the Duchy of Anjou, following the Vesper for the control of Sicily.

Sardinia had the faculty to become an autonomous region in 1948 and to launch a great rebirth plan whose program is not yet completed, but which has finally given Sardinia the opportunity to get out of a millennial isolation.

Looking at the planisphere, one can realize that Sardinia is a vast island situated west of the boot, with important boundary lines that separate it from Corsica, a little island belonging to France. The territory is affected by the large presence of plains, woods and mountain ranges that are distributed on the surface in a rather homogeneous way. The presence of the sea, as well as that of the mountains, makes the island one of the most popular tourist destinations for travel lovers.

Sardinia has a typically Mediterranean climate, with mild winters and hot and dry summers along the sea coast. Especially during the winter, the island has strong winds both on the plains and on the mountains.

We remember that the Sardinian tradition is typically peasant and pastoral and therefore also the typical cuisine takes up these peculiarities in its ingredients. So, let’s see what the typical Sardinian dishes are:

the roast suckling pig, in Sardinian porcheddu: it is probably the most famous Sardinian dish, a suckling pig cooked vertically, on a wooden skewer, over low heat and with myrtle leaves. Then the potato culurgiones, ravioli typical for their ear shape: together with the maloreddus, they are among the best known regional varieties of pasta; also the suppa cuata, a Gallurese soup. Then the orzidias: they are actinias, sea anemones caught, passed in semolina and fried; then sea urchins: typical of the Cagliari area, caught and consumed every day; the bottarga, salted and seasoned fish eggs. Finally, the pardulas or casadinas: Sardinian sweets made with a sheet of semolina, water and lard and the seadas: traditional sweets, among the best known desserts in Italy. Then a highlight of the pastries and biscuits the amaretti sardi and pastissus made from almonds.

If you choose Sardinia as a travel destination for your holidays, the most suitable period is from spring to autumn, due to the ideal climate and the beauty of the landscape. It is not easy to list the natural and artistic beauties that Sardinia is able to offer to its visitors. There are places, however, that cannot be missed, especially if it is the first time that you go to Sardinia. It is a must to include in your travel book the numerous beaches, among the most beautiful in Italy, archaeological sites, villages, towns, and particularly characteristic locations. As for the main cities: from Cagliari to Sassari, from Oristano to Nuoro, which deserve a deep visit to learn about the long history of this island through the various monuments that characterize them. The main destinations are the Costa Smeralda, loved by celebrities from all over the world, the archipelago of “La Maddalena”, Castelsardo, Stintino, Bosa, the wonderful Neptune Caves near Alghero, on the west coast, the islands of Isola di Sant’antioco e San Pietro on the southwest coast and the natural parks di Gutturo mannu, Tepilora, Porto Conte, Asinara, La Maddalena e Gennargentu. 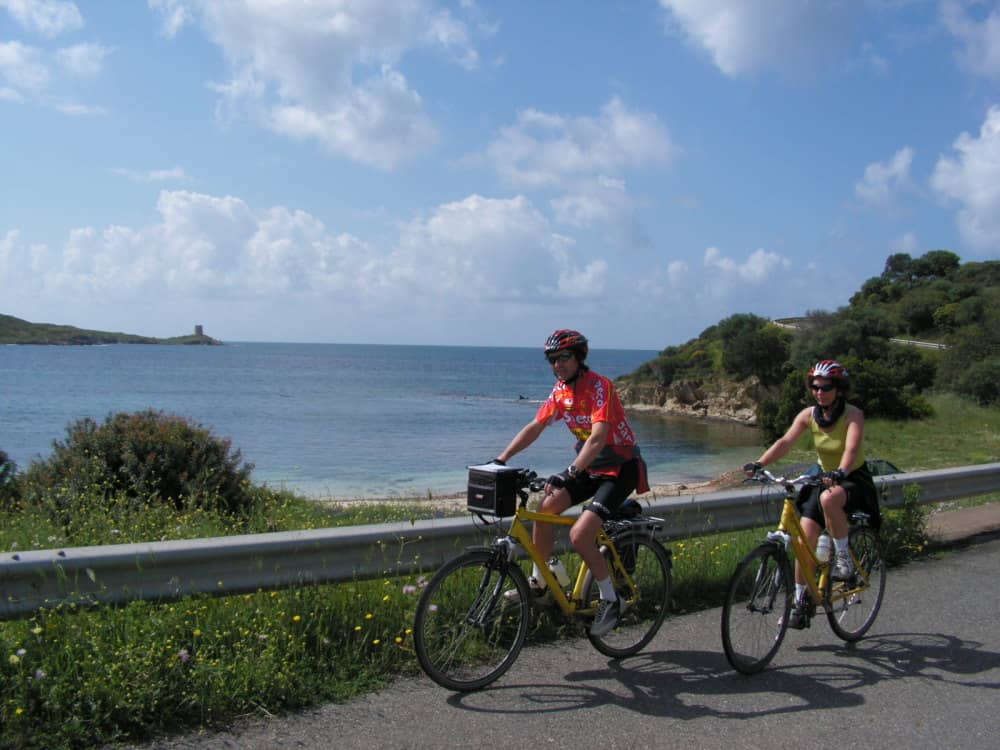 Our Tours in Sardinia

Walk in the splendid Sinis peninsula

A walking tour which takes you to Sardinia, where the charm and variety of landscapes are perfectly blended with history and culture.

The wonders of Western Sardinia

Sardinia, a dream for bikers

A beautiful and exciting road bike tour in Western Sardinia that includes five loop tours with different levels and of rare beauty.

Sardinia paradise: from Cabras to Pula

This cycle tour along the southwest coast of Sardinia, an island with unspoiled nature and a crystal-clear sea, offers a sensational scenery.