Located in the northwestern part of Italy, Lombardy with its extravagant capital Milan is the first region of Italy by population, which exceeds ten million inhabitants. Its name is strictly connected to that of the Lombards who stayed in the region for a long time.

Lombardy is a perfect destination for those who love walking in the mountains, cycling using the many cycle paths, and visiting culturally interesting towns like Milan, Pavia, Mantua, and Cremona. 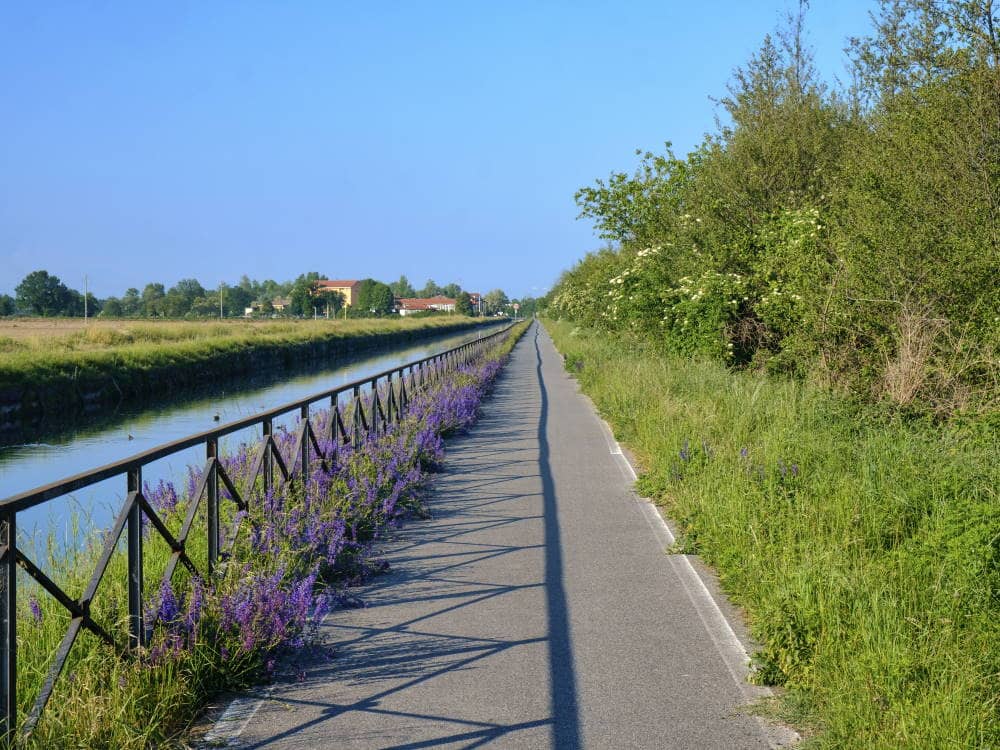 Already in the third millennium BC it seems that some settlements were located in the region, even if the first civilization that developed with certainty is that of the Camuna during the Neolithic. After a brief Etruscan parenthesis in the 5th century, it was conquered by the Gauls, probable founders of Milan; with the fall of the Western Roman Empire, the barbarian invasions by Heruli, Ostrogoths and Lombards began. In the Middle Ages Lombardy was conquered by Charlemagne and then by Frederick Barbarossa, until the French founded the Duchy of Milan. During the Risorgimento and then with the second War of Independence, the region was annexed to the Kingdom of Sardinia, until 1861 when it became part of the Kingdom of Italy.

The territory of Lombardy is divided almost halfway between the mountains and the plains, which occupy respectively 41% and 47% of the regional territory, while the remaining 12% is occupied by hilly areas. The region can be divided into 4 areas according to morphology: an alpine, a mountainous and hilly, a flat area divided into Upper and Lower Plain and finally the area below the river Po, the largest in Italy, one of the ten rivers that flow through the region. The Lombard territory, moreover, is characterized by the massive presence of lakes, a hundred both natural and artificial, including Lake Garda, Lake Maggiore, and Lake Como, which are respectively the first, the second, and the third largest lake in Italy for surface area and volume.

Although belonging to the sub-continental belt, due to the different territorial conformations including mountains, hills, plains and lakes, the region presents significant climatic variations, with summers usually very hot and muggy and cold and snowy winters. A characteristic atmospheric phenomenon is represented by the fog which, for many months a year, remains in various areas, helping to prevent a natural exchange of air and to increase pollution.

The food and flavours of Lombardy are very varied since Lombard cuisine has been influenced by the variety of its territory. The first courses range from risottos to soups and there are second courses of meat but also fish, based on the product of the many lakes and rivers in Lombardy.

The most famous dishes are certainly the Milanese risotto, or saffron risotto, cassoeula, pizzoccheri, but there are many others. Also worth mentioning are Panettone, a Milanese Christmas cake that has become a symbol of Italian Christmas, and Lombard wines such as the famous Franciacorta.

The Lombard territory is very vast and varied, so there are many places and tours of Lombardy worthy of note. Among the historical and architectural beauties we must mention Milan with all its beauties: from the wonderful Duomo to the Castello Sforzesco, passing through the Civic Museum, the Archaeological Museum, and the Gallery of Modern Art. Other famous monuments are the Charterhouse of Pavia and the Abbeys of Chiaravalle and Morimondo and the Piazza Ducale of Vigevano. Also Mantua deserves a special mention, which, surrounded by the natural beauty of three lakes, the Mincio Natural Park and the famous Palazzo del Te and Palazzo Ducale, is attractive to the avid cyclist as well as art lovers.

For nature lovers, the region offers the beauty of the great lakes: Lake Garda, Lake Maggiore, Lake Como, and Lake Iseo. The Val Camonica is absolutely worth mentioning, as, in addition to its great scenic beauty, it also boasts traces of the first human settlements in this area, dating back to the Mesolithic era. Other natural beauties worthy of note are those of Franciacorta, of Oltrepò Pavese, and of the entire green Po Valley. 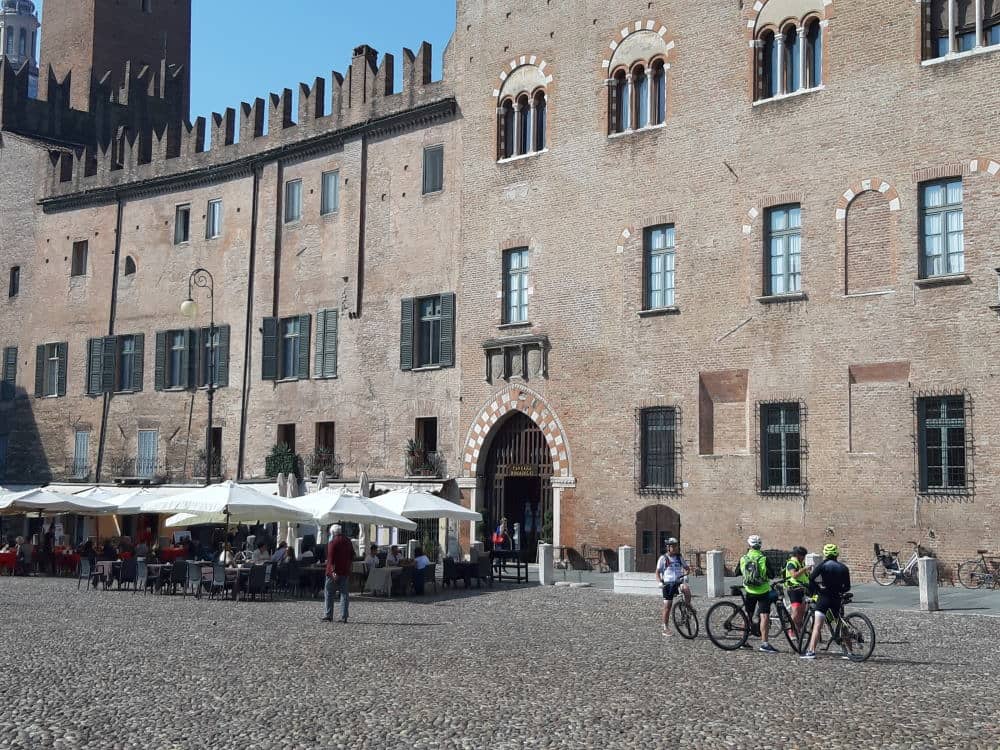 Our Tours in Lombardy

Mantua and the Mincio Park

Mantua and Mincio park are rich in extraordinary natural and architectural beauties… and not only, because it is also an area of many food specialties

A walk along the Via Spluga, a cultural hiking trail in the Central Alps that for two centuries unites the towns of Chur, Thusis, and Chiavenna.

This short bike tour, dedicated to two marvelous and fascinating Italian towns, Milan and Pavia, is a unique cycle experience.

A fabulous cycling tour in Lombardy, pedalling in a flourishing and varied landscape, in which you cross, oases, natural reserves, and the lakes.