Liguria is located in northern Italy. Bathed by the Ligurian Sea to the west, it borders with France, to the north with Piedmont and Emilia Romagna, and to the south-east with Tuscany. The Ligurian Riviera (the stretch of sea coast) is divided into the Riviera di Levante (east of Genoa – Voltri, the northernmost point of the Ligurian Sea) and Riviera di Ponente (west of Genoa-Voltri up to the western border with the principality of Monaco).

Liguria has one of the most visited sites in Italy, the stunning Cinque Terre, renowned for the five colourful fishing villages, once isolated but now visited by tourist from all over the world. 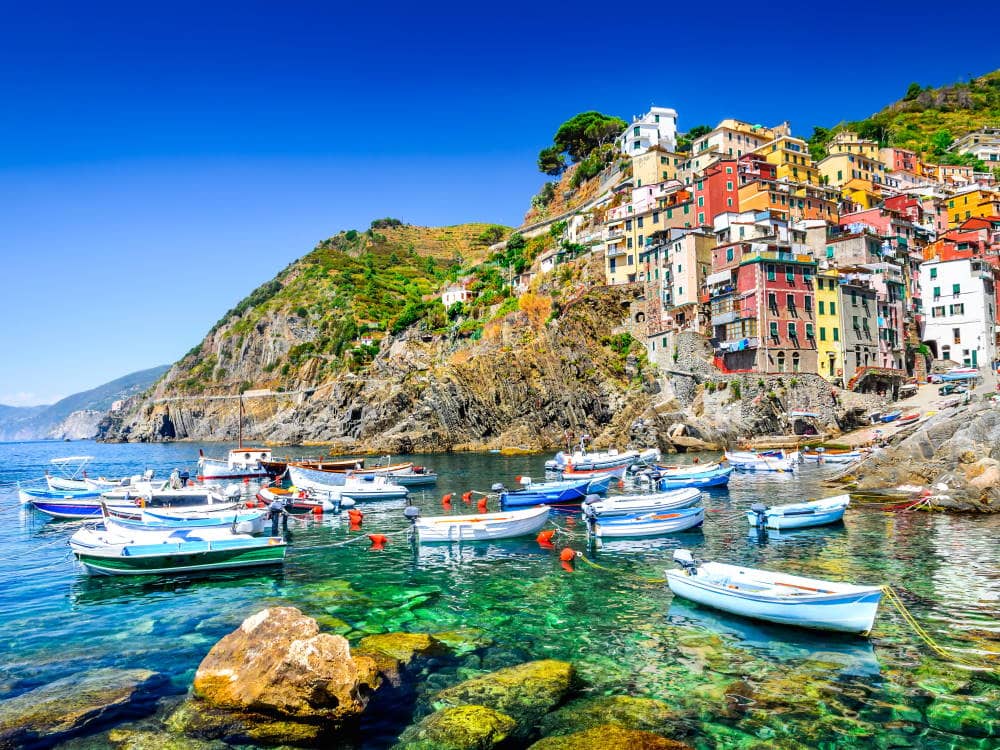 Two and a half centuries BC., Liguria was conquered by the Romans who strengthened trade and commerce and left several significant monuments. At the fall of the Roman Empire, Liguria was the destination of the barbarian invasions and then a land of conquest by the Byzantines, who protected its ports from the attacks of enemies. After several dominations, in the eleventh and twelfth centuries Genoa imposed its supremacy over the other Ligurian cities and participated actively in the Crusades, obtaining enormous benefits, ensuring a strong commercial and naval presence throughout the Mediterranean. As the most powerful Maritime Republic until the 14th century, Genoa managed to gain full prestige with Admiral Andrea Doria and after the discovery of America a period of decline began. In the 19th century Liguria became part of the Napoleonic Empire, then it was annexed to the kingdom of Sardinia and finally to Italy.

Liguria is a particular region, with thousand different aspects. Between the Ligurian Alps, the Ligurian Apennines and the Ligurian Sea, it is characterized by a generally high, rocky and jagged coast, especially in the Riviera di Levante, while in the west it alternates rocks overlooking the sea and sandy beaches. So, on one side there is the sea and on the other the mountains with their particular shape due to the terraces created by the farmers to allow cultivation. There are many ways to discover the beauties of this land and the most interesting itineraries are those that include Genoa, the villages of the Ligurian Riviera and the beautiful Cinque Terre.

The climate of Liguria is considered one of the best in the Mediterranean. Temperate is pleasant throughout the year, since it is favoured by the presence of mountainous terrain that protects from the cold northern winds and by the sea which mitigates temperatures even if it brings humidity. In inland areas the climate is more continental with colder temperatures and often snowy winters, while along the coast winter temperatures remain well above freezing. The hottest months are July and August, ideal for beach holidays. The best times to visit Liguria are instead spring and autumn.

Liguria is a region that rises between seas and mountains, a double identity that we also find at the table, in traditional recipes that combine flavours of fish, vegetables and meat.

The most famous dish from Genoa is pesto: in general, the ingredients are basil, olive oil, garlic, pine nuts and grated cheese, Parmesan or Sardinian cheese according to taste. Pesto can accompany any kind of pasta, but the ideal is to order it with trofiette, a fresh pasta made from wheat flour or chestnuts. The typical fish dishes of Genoa can be simple, based on cod and anchovies, but also elaborated, such as the famous lean capon, with stockfish, ombrina, anchovies and also wanting lobster. As for fried food, Genoa is second to none, with all the variations of “frisceu” or “cuculli”, batter pancakes made with flour, water and beer yeast mixed with chives. Speaking of “finger food”, don’t forget to try the renowned focaccia with cheese from Recco, made up of two very thin layers of soft pasta cooked in a wood oven, filled with crescenza or stracchino cheese, enriched with tomato sauce, anchovies, capers and olives.

Finally, the classic Genoese focaccia with olives, onions, sage, tomatoes but also with sugar or Nutella.

Liguria is a jewel nestled between land and sea. Characterized by pastel colours, this Italian region is famous worldwide for its scenic, cultural and artistic beauties. Writers and composers have fallen in love with it and today Liguria continues to enchant thousands of visitors with its jagged coast, the villages overlooking the sea and the rich hinterland. Genoa and the other provinces have much to offer, there are top cultural and seaside destinations for a truly unforgettable stay.

Genoa is a city that alone is worth the trip, rich in history and hidden treasures in the historic centre and attractions such as the Aquarium, the largest in Italy and the second in Europe. An interesting itinerary starts from the far west, on the border where Ventimiglia is located, a city that perfectly blends ancient and modern, to then move to Sanremo and Bordighera to admire their blooming flowers.

Another interesting itinerary in Liguria is the one dedicated to nature: there are several natural parks that are worth a visit and where trekking is a pleasure. Starting from the west, we find the Regional Natural Park of the Ligurian Alps, the Beigua Park and Antola Park. A beach holiday in Liguria is ideal in spring and summer: among the most beautiful places there are Finale Ligure and Savona, which include wonderful places, such as Noli, Bergetti and Varigotti (the surfers’ beach). Breathtaking landscapes can be found in the Cinque Terre, ideal for a romantic getaway, as well as Portofino, a VIP and elegant location, among the most famous in the world. 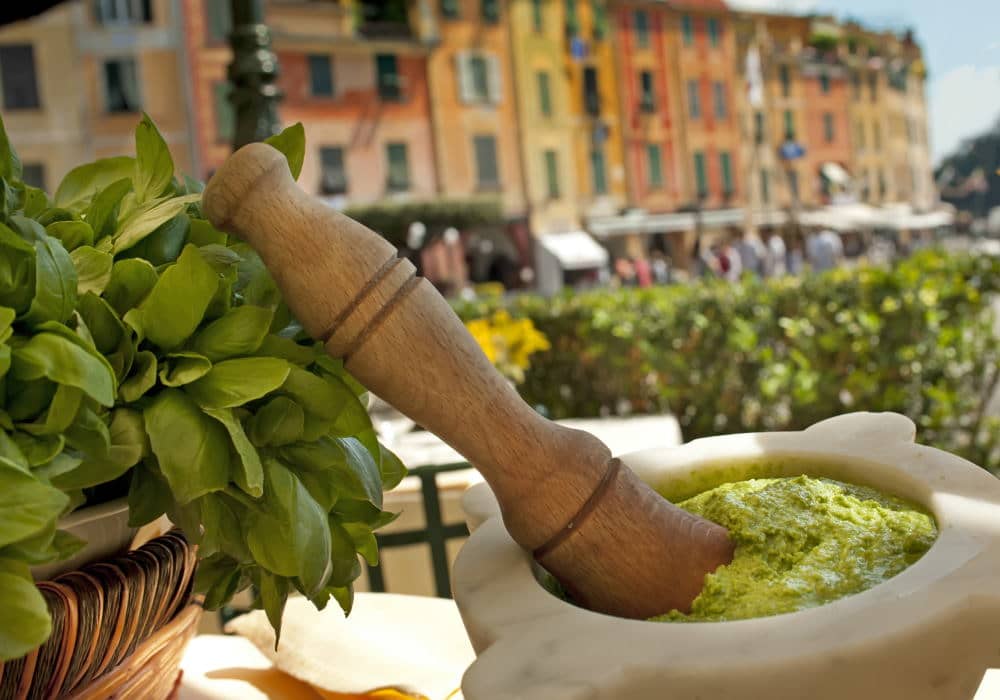 Our Tours in Liguria

In the Cinque Terre, the sea and the earth meet to become one. This area is made to be discovered on foot, a paradise for the outdoor lover.

Genova and the Cinque Terre

From Genoa (Genova) this suggestive cycle tour takes you through the Cinque Terre, a wonderful stretch of coast protected by Unesco