Located in central Europe, Hungary offers plenty of attractions for any kind of tourist. It boasts low mountain ranges, beautiful lakes and rivers, plains and many small, quaint villages…and of course one of the liveliest capital cities in Europe, especially after dark: Budapest. Hungary is slightly bigger than its western neighbour Austria and has about 10 million inhabitants. 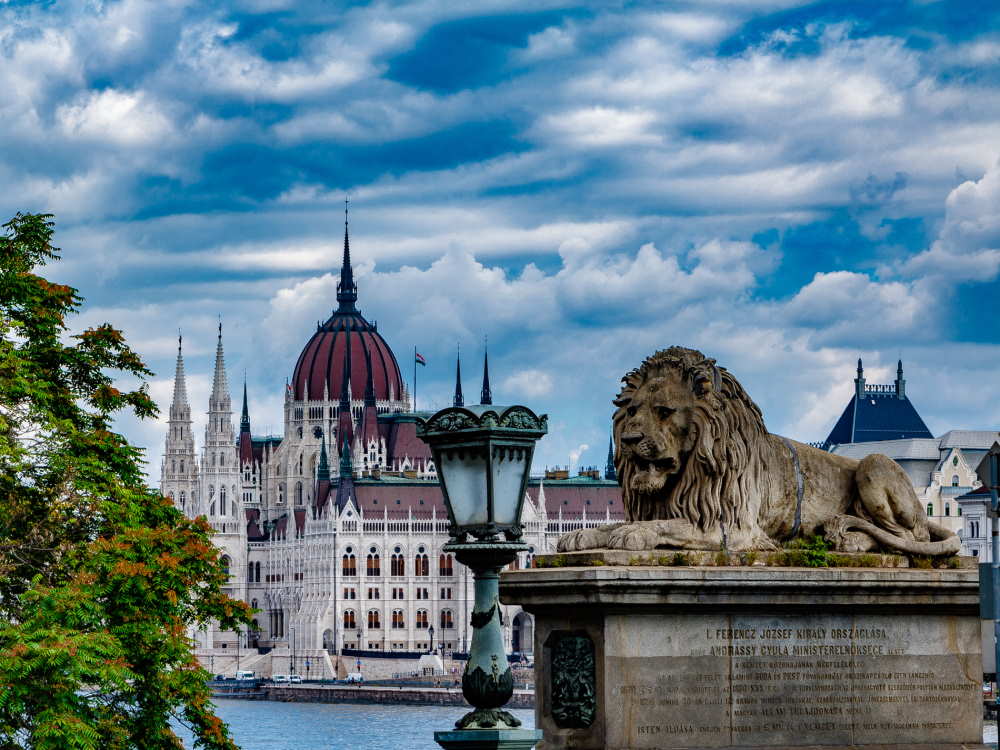 Modern history of Hungary began in the ninth century with the great Magyar chief, Árpád, who after having settled in the Carpathian Basin, lead the people from paganism toward Christianity. In 1000, after the first king, Saint Stephen had been crowned, the country became a Kingdom, the kingdom and nation of Hungary. The three-hundred-year reign of the House of Árpád and the succeeding House of Anjou led to expansion—into Poland, towards Dalmatia—and saw a great flowering of art and architecture. Between 1526-1867 The Kingdom of Hungary became a Habsburg dependency. In 1686, the Ottomans were forced to leave, and the country was reunified. Different people coming from different countries were living there at this time. Along with Hungarians, there were also the ancestors of modern Slovaks, Serbs, and Romanians.
In 1703, Francis II Rákóczi, a Hungarian nobleman, led a sort of revolution against the Habsburgs. However, his revolution failed in 1711, and he had to go into exile. In 1848 the “Hungarian Revolution” took place: inhabitants fought hard and riots ended in 1849, with the victory of the Habsburgs and the execution of the the leaders of the revolution.
In 1867, the two most important Habsburg territories, Austria and Hungary signed a treaty, establishing the Austro-Hungarian Monarchy. This agreement brought an increasingly economic growth.
In 1918, after the defeat in World War I, the Kingdom was abolished, and a republic was established. However, very soon the Communists gained power (1919).
After the fall of Nazi Germany, Soviet troops occupied the whole country. Hungary gradually was put under the control of the Soviet Union. In 1991, the Soviet military presence in Hungary ended, and the transition to a market economy began. Today, Hungary is a democratic republic, a free country combining a smiling and dynamic image with some nostalgia for the past. In this post-communist era of rapid change, the visitor can find constant reminders of a vanished Europe – old-fashioned customs and courtesies like kissing of hands and presentation of flowers.
Nowadays Modern Hungary is experiencing a new Renaissance.

Hungary borders with Slovakia to the North, Ukraine and Romania to the East, Serbia, Croatian, and Slovenia to the South, and Austria to the West. Most of its territory consists of plains and mountains of medium height. The Danube traverses 417 km of Hungarian territory and is of course the most important river. It forms the border with Slovakia in the north-west and then flows south. Duna and Tisza are the other two major rivers of Hungary. The Hungarian lake Balaton is the largest lake in Central Europe. The natural resources of the country include agricultural lands, rivers and lakes, as well as artesian waters and thermal waters. Hungary is largely a flat country, occupied by the Great Hungarian Plain (Alföld); however, in the north and west, we find hills and low mountains. In the north-west, we find the Transdanubia Mountains. In the north-east, we have the North Hungarian Mountains, where there is the highest peak in Hungary, Mount Kékes, 1.014 meters (3.327 ft) high.

The climate of Hungary is continental, with cold winters and warm-hot summers. Spring and autumn are mild, but there are frequent changes in temperature, especially in spring.
Rainfall is not abundant, but well distributed throughout the year. During winter, rainfall is quite frequent, and often occurs in the form of snow. Climatic differences between the different regions are small, although the climate is slightly more continental in the eastern cities (see Miskolc, Debrecen), while in the south (Pécs, Szeged), the winter is slightly less cold.
On the shores of Lake Balaton, which is large but not deep, the weather in winter is usually a bit milder, while in the summer the breezes mitigate the heat. In summer, locals go swimming in the lake.

Hungarian gastronomy has its roots in an old peasant-style cooking: onions, paprika and sour cream are the dominant flavours.
Pork is the most common meat; red paprika (Turkish pepper), bacon and sausages are frequently used in Hungarian dishes. Hungarians like also offal, which includes tripe, kidney, marrow, or the popular blood sausage, called hurka in Hungarian. Other kinds of meat are chicken and beef. Typical dishes are: Mangalica pork, grey cattle, saline carp from Akasztó, goose and sterlet to mention only the more common ones. Meats are mostly served as a stew (called pörkölt), fried as a schnitzel or prepared as a paprikás (a creamy stew). Another legacy of peasant cuisine are pasta-based dishes made with cottage cheese and sour cream that come from Slavic cuisine. There is hardly a dish without a blob of sour cream added, and most sauces are also made with this rather than with cream. Soup is an essential part of any lunch. Commonly used vegetables are cabbage, green peppers, tomatoes and beans.
While talking about cuisine, we should mention the poppy seed, which Hungarians use not just to decorate pastries, but, mixed with powdered sugar, also as a sweet pasta topping or as a filling for numerous cakes. There are many Hungarian specialties among desserts: Dobos cake, Esterházy cake, Gerbeaud cake, Rigó Jancsi, Rákóczi cottage cheese cake, Somlói sponge cake, Gundel pancakes, meringue snowballs (madártej), golden walnut dumplings (aranygaluska), poppy seed bread pudding (mákosguba), chimney cake, pumpkin-poppy, apple or sweet cheese strudel. Hungarian gastronomy, however, is constantly transforming and not only preserving its past, but also updating it. Wherever you are in the country, you are going to have a great food and wine adventure. Bon appétit!

Among the tourist attractions of Hungary, the main and often the only destination for most tourists who visit Hungary is the picturesque, amazing city of Budapest. This is one of the most fascinating European cities, boasting numerous monuments and palaces, cafés and above all a lively artistic and musical atmosphere. Wonderful Budapest, including the Banks of the Danube, the Buda Castle Quarter and Andrássy Avenue, is a Unesco world heritage site.
Also Lake Balaton, the Hungarian sea, attracts many tourists with its spas and seaside resorts and is a very popular destination in the summer. Among the other tourist attractions of Hungary there are above the medieval and baroque cities of the Hungarian plains such as Sopron, Pécs, Győr and Eger.
Fascinating are the fairy-tale castles of Fertőd, known as the Versailles of Hungary, Siklós castle and the Renaissance castle of Sárospatak. Other tourist destinations are the rustic villages of the Hungarian plain of the Mezőkövesd region. Hungary has some other beautiful UNESCO world heritage sites such as the village of Hollókö near Nógrád, the karst region on the north-eastern border with Slovakia with the Aggtelek caves, the pastoral landscape of the Puszta in the Hortobágy National Park and the Benedictine Abbey of Pannonhalma with its natural environment.
Other places which are worth a trip are the relaxing spa resorts of Hévíz, Gárdony, Balatonfüred, Zsóry. Finally, birdwatching is becoming more and more attractive: in Hungary there are some of the best places for birdwatching in Europe. 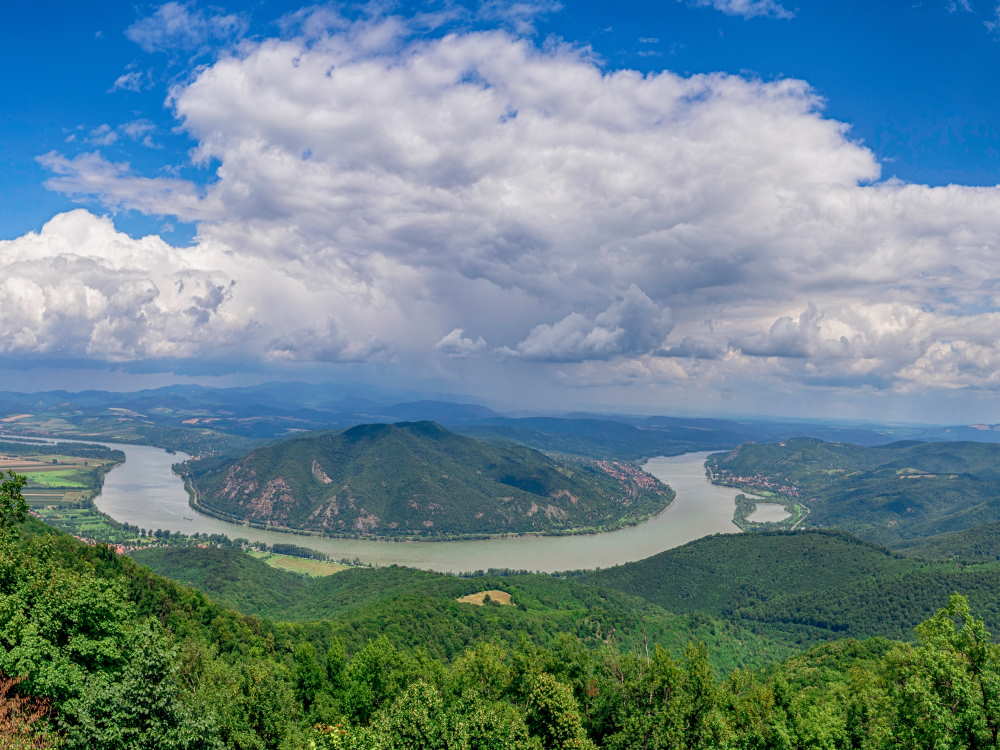 Our Tours in Hungary