Spain is a very popular tourist destination. The Spanish coast boasts large beaches, coves, cliffs, breathtaking landscapes. In addition, the extraordinary Balearic and Canary Islands are part of Spain, perfect for both a seaside holiday and an adventurous walking holiday. The hinterland is no exception, with its beautiful mountains, cities rich in history and an artistic heritage of immense value. Finally, the excellent cuisine and the hospitable and cheerful spirit of the people make Spain a truly fantastic place. 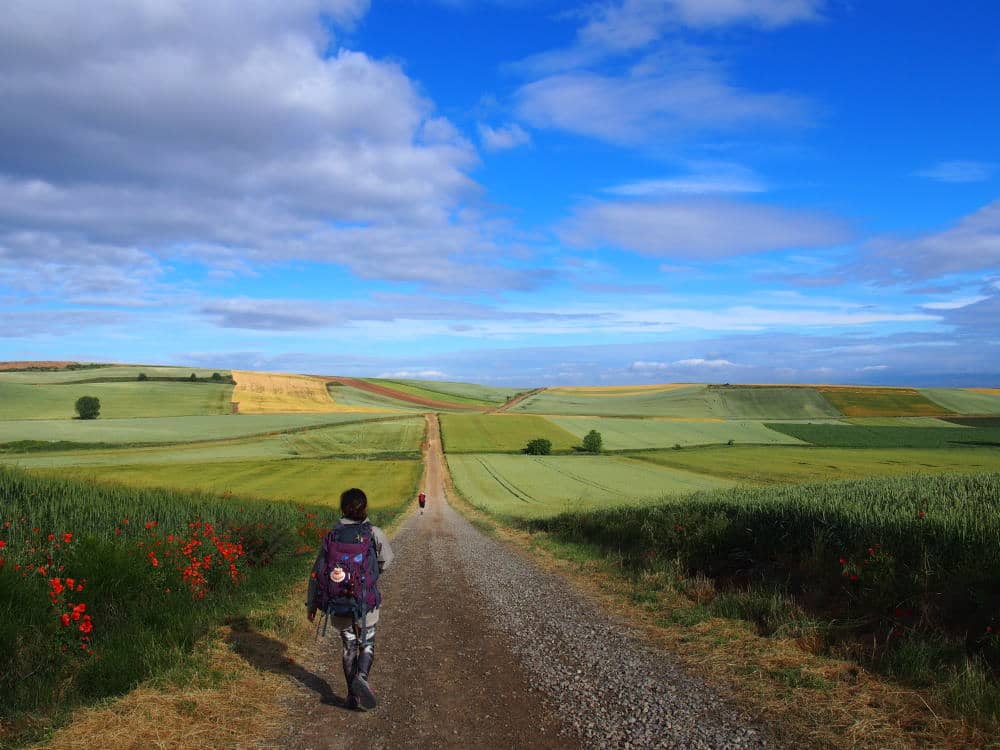 The history of Spain begins when homo sapiens arrived in the Iberian Peninsula, that is, over 35,000 years ago. Subsequently, Celts, Phoenicians, Greeks, Romans, and Germanics settled in Spain. At the beginning of the eighth century, an army of Arab and Berber populations conquered almost the entire peninsula. Over the next 750 years, independent Muslim states were formed and the entire area under Arab rule was known as Al-Andalus. Meanwhile, the small Christian kingdoms of the north began a slow and progressive conquest of the entire Iberian Peninsula. This process, called La Reconquista, lasted for over five centuries. In 1492 Christopher Columbus, with the support of the Spanish kings, undertook the first voyage to the New World. Meanwhile, the Spanish Inquisition was being established; Jews and Muslims were expelled from the Iberian kingdoms. Over the next three centuries, Spain was the greatest colonial power, founding an empire that stretched from California to Patagonia and from the Caribbean to the Philippines. During this period, Spanish arts and literature flourished. Between 1500 and 1600 Spain found itself involved in many European conflicts. The wars led to severe financial failure, so in the seventeenth century, the Spanish power went towards decline. With the War of the Spanish Succession, the downsizing of Spain within Europe was confirmed. In 1700 the Bourbon dynasty was established, which made considerable efforts to renew state institutions. In the early 1800s, Spain was invaded by Napoleonic troops. This event led to the war of independence which greatly weakened Spain and created the conditions for the emancipation of the American colonies. Remained neutral during the Great War, Spain slipped in 1923 into a reactionary dictatorship supported by the Sovereign and led by General Miguel Primo de Rivera, which ended in 1930. Just a year later the Republic was proclaimed. After a period of great instability, the Spanish Civil War broke out in 1936. The war ended with the establishment of a fascist dictatorship led by Francisco Franco; his death in 1975 led to the return of the Bourbon monarchy. Although some tensions remain, especially in the Basque Country, contemporary Spain has seen its democratic institutions strengthen. Today, Spain is a parliamentary monarchy, where there is a king, who holds the role of head of state, and a president of the government, who exercises executive power.

The Spanish territory is characterized by a vast internal plateau, the Meseta, with an average height between 600 and 1,000 meters, largely bordered by various mountain ranges (the Pyrenees towards France, the Cantabrian mountain range to the north, and the Penibetic mountain range to the south.); Andalucia is the only true plain in the south-west of the country. The highest point is located in Africa, to be precise on the island of Tenerife, it is the Teide volcano (3,718 m.), The Ebro with 910 km is the longest river in Iberian territory and the only one of the longest to flow eastwards: Guadiana, Tago, Duero, and Guadalquivir have in fact the opposite trend, from east to west; on the other hand, there is no large natural lake in Spain (the largest is Lago de Sanabria with only 3.5 km² of the surface). The Iberian territory also includes two archipelagos, the largest, that of the Canaries is geographically located in Africa, the second, that of the Balearics is in the Mediterranean, east of Valencia; the main islands of the Canary Islands are Tenerife 2.034 m., Fuerteventura, Gran Canaria, Lanzarote and La Palma; the Balearics consist of the three main islands of Mallorca, Menorca and Ibiza.

The climate in Spain is very different according to the area: the North, on the Atlantic Coast has a cool and rainy climate, then there is the central part, that of the highlands, where Madrid is located, where the climate is very hot in summer and cold in winter. Then there are the coastal areas of the South where the climate is Mediterranean; Andalusia where the climate is similar to that of the Maghreb, which is extremely hot in summer and mild in winter. Finally, there are the mountainous areas of the Pyrenees and the Serra Nevada where the climate is rather harsh. The Canary Islands deserve a separate mention: they are the Spanish outpost off the coast of Morocco in the Atlantic Ocean. They are located just above the Tropic of Cancer and enjoy a warm climate all year round, typically subtropical. The minimum temperatures in winter never drop below 10 degrees, and average temperatures are between 15 and 21. In summer the values are extremely pleasant between 22 minimum and 29 degrees C.

Gastronomy boasts both a Mediterranean and an Atlantic tradition, it is particularly influenced, like Italian cuisine, by non-native products imported from the Americas during the colonization period: we are obviously talking about potatoes, tomatoes, corn, and cocoa. Being a very large country, Spain has both meat-based and fish-based specialties (meat, especially pork and lamb, is more used in the hinterland and in the Mediterranean part, while fish is basically cooked in the Atlantic part and in the islands) such as the famous paella that mixes all the main ingredients from this amazing country.

Paella is the most famous Spanish dish in the world: it is a preparation based on rice, saffron, and olive oil, seasoned, according to taste, with meat, vegetables, or fish, even if the original recipe (Paella alla Valenciana) is without the latter.

In addition to Paella, another dish that is particularly known throughout the world is Tortilla (in Italy they are sometimes confused with Mexican Tacos), an omelette with potatoes, onions and paprika, prepared in many variations. Certainly, however, one of the tastiest dishes of Castilian cuisine is Gazpacho, a raw vegetable soup served cold, particularly popular in Andalusia.

But Spain is also the home of Sangria, a unique wine of its kind famous in any part of the planet that takes its name from its particular colour, red as blood (in Spanish sangre).

Spain is really full of things to visit. One of the most popular destinations for tourists is undoubtedly the cheerful city of Barcelona, a pleasant and welcoming place with its narrow streets of the Gothic Quarter with typical cafes and lots of good food. This is the city that gathers the whimsical art of Gaudí, who created wonders such as Parc Güell, the Sagrada Familia and the spectacular Casa Batlló. The capital Madrid offers an unmissable series of museums such as the Reina Sofía or the Prado, the magnificent Royal Palace and some of the most beautiful and important squares in all of Spain, such as Plaza Mayor and Sol. Not far from Madrid, the fortified city of Toledo, declared a World Heritage Site by UNESCO, is certainly worth a visit.

The region of Andalusia alone is worth a trip: art, history, enchanting landscapes and the beautiful cities of Seville, Granada, Cordoba, Ronda.

In Valencia, do not miss the City of Arts and Sciences, designed by architects Santiago Calatrava and Félix Candela, the ancient Barrio del Carmen located in the heart of the old city, where there is also the city’s Cathedral, with the Miguelete tower. In this church, according to legend, there is the Holy Grail used by Jesus Christ during the Last Supper.

Pamplona, the capital of the autonomous community of Navarre, is known for the race of the bulls during the feast of San Firmino, but offers many other attractions.

Burgos was the capital of Castile for 500 years; the Spanish hero and leader El Cid is buried here. You can visit the historic centre of the city where the Cathedral is also located, and there are green areas on the banks of the Arlanzòn river.

In the middle of the Atlantic Ocean, the archipelago of the Canary Islands belongs to Spain and boasts a mild climate all year round, even in winter: the islands are perfect for lovers of the sea, but also for hikers, given the wonderful trekking routes that they can be organized.

A separate chapter deserves the legendary St. Jacob’s Way, much more than a pilgrimage route, a path both physical and spiritual that everyone should try at least once in their life. 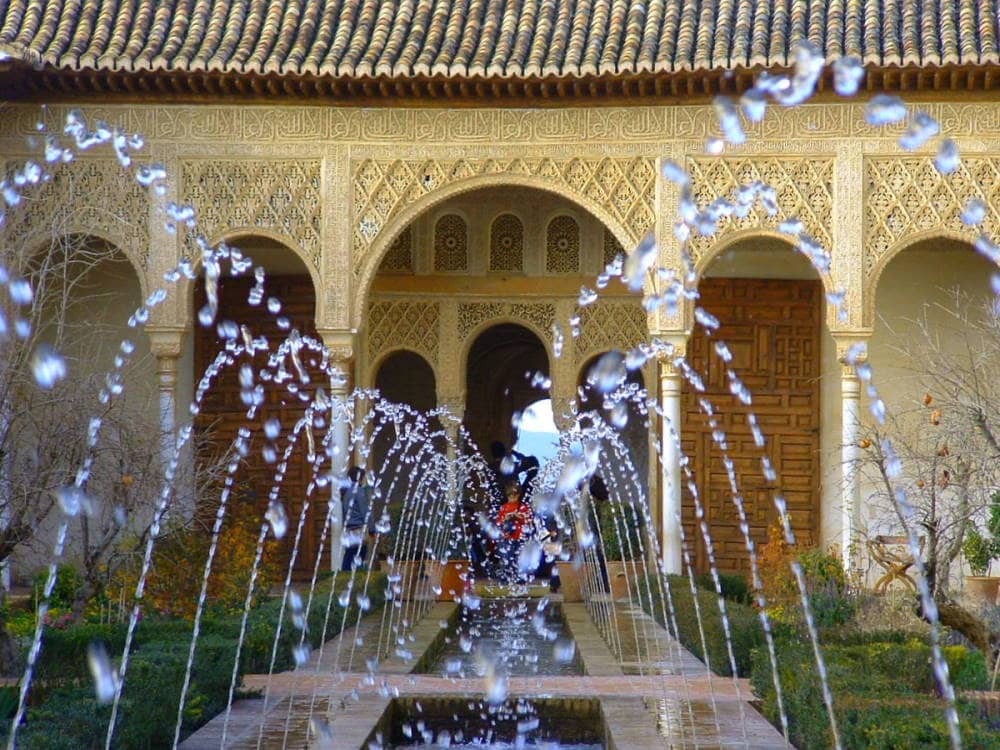 Our Tours in Spain

Two beautiful countries in one trip, Portugal & Spain! You will explore the enchanting Atlantic Coast from Porto to Santiago de Compostela by bike.

Sea and mountains of the Mediterranean coast

Sea and mountains of the French and Spanish Mediterranean coast: walking from Collioure to Cadaquès

Cycling along an intriguing Mediterranean coast

The Pilgrims Way of St.James: the pleasure of walking along ancient footpaths, discovering evocative places, history, and above all yourself.